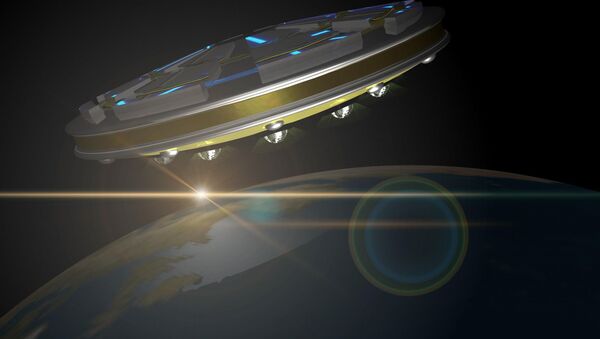 © Photo
Subscribe
A space object that was discovered by Russian scientist Gennady Borisov in August 2019 and preliminarily designated as a comet by scientists might in reality turn out to be an alien spacecraft, one Californian researcher suggests.

000000
Popular comments
A week ago, the «New York Times» published a well-written and detailed article on C/2019 Q4 (Borisov) - nytimes (dot) com/2019/09/12/science/comet-interstellar-oumuamua (dot) html, but had problems with Gospodin Borisov's nationality, referrering to him as «Crimean».... ;-) Henri

mhenriday
20 September 2019, 14:37 GMT3
000000
Well, guess some of our Alien friends out there are indeed concerned that again infantile humans are having serious games with matches ... Addressing the global ones who supposedly "Lead & Rule" us, one can only ask: Is it not long, long overdue that you cease a charade that's making you all -- not only look like fools, but clearly shows, you to be the complete fools you are?