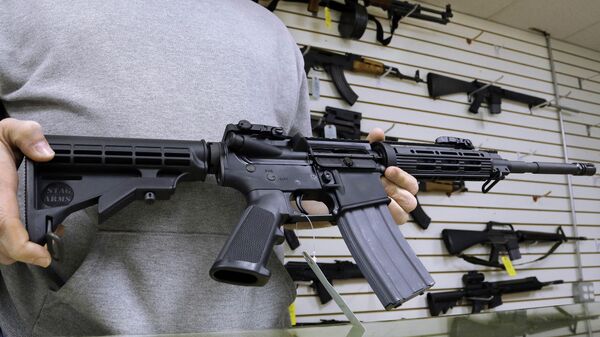 Gun manufacturer Colt announced Thursday that it will no longer produce and sell rifles such as the AR-15 for personal use, focusing on its military contracts instead.

Colt President and CEO Dennis Veilleux said in a statement that the company's "significant" law enforcement and military contracts "are absorbing all of Colt’s manufacturing capacity for rifles."

Veilleux highlighted the company's commitment to consumer markets and gun rights, saying the company would continue to produce "expanding lines of the finest quality 1911s and revolvers."

"We believe it is good sense to follow consumer demand and to adjust as market dynamics change," he said. "Colt has been a stout supporter of the Second Amendment for over 180 years, remains so, and will continue to provide its customers with the finest quality firearms in the world."

The announcement came after the mass shootings in El Paso, Texas and Dayton, Ohio, which prompted widespread shock and fuelled public pressure for new gun control measures, with the White House looking into a number of ideas, including a version of expanded background checks and additional resources for addressing mental health issues. The Telegraph reported that White House aides have been struggling to put together ideas that would allow US President Donald Trump to address the volatile issue of mass shootings while stopping short of alienating the National Rifle Association.

Of late, Trump has intimated that he is open to supporting an expansion of background checks on certain gun sales, despite pressure from many Republicans and the gun lobby.