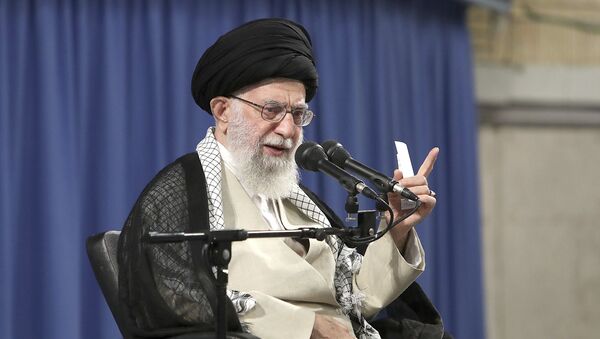 Tim Korso
All materials
Despite Yemeni Houthi militants claiming responsibility for an attack on Saudi oil refineries, Washington is accusing Iran of being responsible for the act. Saudi authorities, for their part, have stated that they found debris from an Iranian missile and drones in the wake of the attack. Tehran denies any involvement in the matter.

A drone attack on Saudi Aramco facilities on 14 September was sanctioned by Iran's Supreme Leader Ali Khamenei, an anonymous US official claimed in an interview with CBS News. According to the anonymous source, Khamenei allegedly gave the greenlight to the operation only under the condition that be impossible to trace it back to Tehran.

The broadcaster further cited one US official claiming that Washington had obtained satellite images, which have not been released, showing Iran's alleged preparations for the attack. The official added that the US didn't realise the purported meaning of the preparations at the time and was "caught completely off guard".

On 19 September, Saudi authorities presented debris from a cruise missile and unmanned aerial vehicles (UAV), insisting that they are of Iranian origin. Saudi Defence Ministry spokesman Col. Turki al-Maliki insisted that the attack was "unquestionably sponsored by Iran".

Tehran vehemently denied being involved in the attack on Saudi oil refineries and dismissed the accusations as "unacceptable and entirely baseless". Foreign Minister Javad Zarif demanded that Tehran be allowed to study the so-called proof presented by Riyadh, allegedly substantiating the accusations against the Islamic Republic. 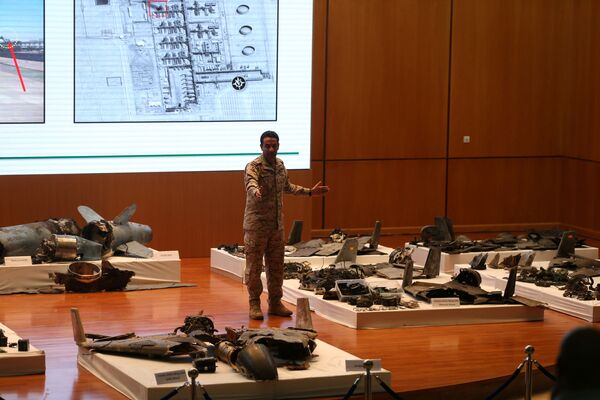 Iran's Defence Minister stated that the incident was a result of a conflict between Yemeni Houthis, who claimed responsibility for the strike against Saudi Aramco, and the military coalition led by Saudi Arabia. Iranian President Hassan Rouhani, in turn, noted that people of Yemen had been forced to respond to Riyadh’s actions in their country.

Despite the Houthis claiming responsibility for the attack on Saudi Aramco’s facilities, the US accused Iran of being behind it. US Secretary of State Mike Pompeo claimed that the alleged Iranian attack on Saudi refineries was an "act of war" and called to hold Tehran accountable in a joint statement with Saudi Crown Prince Mohammed bin Salman Al Saud. US military commander for the Middle East Frank McKenzie even urged to send more American anti-aircraft missile batteries to Saudi Arabia to prevent further attacks after the existing systems failed to do so.

US President Donald Trump earlier stated that the US is "locked and loaded" to respond to the attack once Saudi Arabia points the finger at the "culprit" behind it. At the same time, POTUS said that he has "many options" to respond to the attack including the "ultimate" one – "war". A previous report by Politico said, however, that Trump wishes to avoid a military confrontation with Iran, while NBC News cited an anonymous source claiming that a cyberattack on Iranian oil facilities is among the range of options being considered as a response.

Iran’s Foreign Minister Javad Zarif slammed the US claims accusing Washington of trying to divert attention away from the real issues in the region. Zarif later warned that any strike against the country would result in Iran starting an "all-out war" against the attacker.

The attacks, which took place on 14 September, crippled Saudi Aramco's refineries, cutting the country's daily crude output in half. The incident sent oil prices upward along with shares of oil companies amid fears of crude shortages. Yemeni Houthi militants claimed responsibility for the attack soon after it concluded.