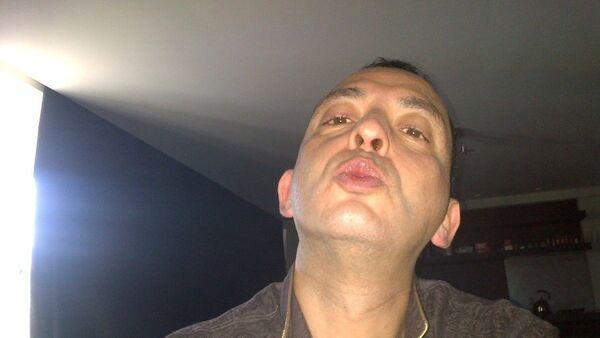 © Photo : Politie (Dutch police)
Subscribe
International
India
Africa
Chris Summers
All materialsWrite to the author
Morocco was a French, not a Dutch colony, but around 350,000 people of Moroccan origin live in the Netherlands. Migration from Morocco began after the Second World War but most migrants came between 1965 and 1986.

Interpol and Dutch police are expected to step up the global manhunt for the head of a Moroccan gang after a lawyer was shot dead in Amsterdam this week.

Derk Wiersum, 44, was shot dead on Wednesday, 18 September, outside his home in the city, shocking residents of a country which is beginning to wonder if it is becoming a “narco-state”.

Shocked one of my teenage years friend Derk Wiersum was murdered in Amsterdam because he was working on a criminal case. #RIP pic.twitter.com/5yb72T66jN

​Bakkali had been a member of a gang run by Ridouan Taghi, 41, who is believed to have ordered eight murders between 2015 and 2017 linked to the cocaine trade.

​The feud between Taghi’s gang and another group has already sparked a Dutch-language Netflix series, Mocro Maffia.

Mr Rutte said: "This is very alarming news. The police and the public prosecutor are investigating.”

Dutch police are desperately seeking Taghi and fellow gang leader Said Razzouki, 47, and a 100,000 euro reward has been offered for both men, who feature on Europol’s Most Wanted website.

This is Said Razzouki - one of the leading figures in Holland's Mocro Maffia - which is believed to have been behind the assassination of lawyer Derk Wiersum in Amsterdam this week. #mocromaffia pic.twitter.com/VQevuoz7Mx

​Among the murders they are believed to have ordered is that of Dutch crime blogger Martin Kok, who was shot dead outside a sex club in December 2016.

Taghi is also said to have ordered the murders of Ranko Scekic and Hakim Changachi in Utrecht in 2015 and 2017.
The Netherlands has long been known for tolerating marijuana but earlier this month Amsterdam city council said drugs was now a major scourge.

​The report said: "Drug-related organised crime - the 'underworld' - exerts a significant influence on our city."

Jan Struijs, of the NPB police union, said: "This is a confirmation that we live in a narco-state. It is an attack on the rule of law."

It is thought Taghi may be hiding in the Moroccan city of Marrakech but keeping in touch with his underlings in Holland by means of an encrypted phone.

In November 2004, Mohammed Bouyeri, a Moroccan-Dutch man, shot and stabbed film director Theo van Gogh to death on the streets of Amsterdam for making a film which criticised Islam's treatment of women.