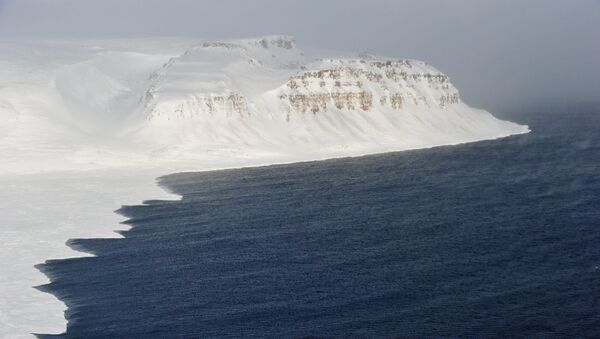 The thawing of submarine permafrost leads to massive emissions of greenhouse methane, which may change the climate in the future. Tomsk Polytechnic University (TPU)’s research in the Seas of the Eastern Arctic is aimed at assessing the scale of these processes. This is what the press service of TPU told Sputnik.

On 16 September, TPU scientists aboard the research vessel Akademik M. Keldysh left from Arkhangelsk for another expedition to the Seas of the Eastern Arctic together with the staff of the Pacific Oceanological Institute (POI) and the Institute of Oceanology. The expedition is aimed at identifying the biogeochemical and environmental consequences of permafrost thawing in the Eastern Arctic Seas and along the Northern Sea Route.

In recent decades, studies of permafrost thaw under the influence of climate change have been carried out mainly on land.

A joint study by TPU and TOI RAS showed that in the last 30 years, the rate of permafrost thawing in the Seas of the Eastern Arctic has doubled compared to previous centuries, and reached 18 centimetres per year. This means that during the modern period of warming, the roof of the submarine permafrost has deepened into the stability zone of hydrates (“hard” methane), which has led to their destabilisation and massive emissions of greenhouse methane.

TPU scientists led by Professor Natalya Shakhova have proven that submarine permafrost is unstable. Gigantic methane reserves, including hydrates, are being de-mothballed, and the world’s largest anomalies of dissolved and atmospheric methane are being formed. The research results were published in the Science magazine in 2010, and in Nature Geoscience, and Nature Communications in 2014 and 2017.

In the autumn of 2018, researchers discovered an anomaly of dissolved methane with concentrations 10,000 times higher than the background ones.

Why it’s Necessary to Study Processes on the Arctic Shelf

“If you don’t consider the results of the study of the submarine permafrost state, geological and environmental disasters (such as accidents in the Gulf of Mexico) causing irreparable damage may occur during exploration and industrial activity”, Igor Semiletov, Corresponding Member of the Russian Academy of Sciences, Head of Arctic Research at TOI and Professor of the TPU Department of Geology, told Sputnik.

He noted that new risk zones appear during the installation of platforms with nuclear reactors on the Arctic shelf in places with a complex structure of submarine permafrost and manifestations of cold vultures (sections of the ocean or sea floor, where gases are released from the underlying rock formations) and hydrothermal activity.

Secondly, such studies help assess possible climatic effects. For example, if 1-5% of the hydrates of the Eastern Arctic Seas shelf, where more than 80% of all submarine permafrost is located, enter the atmosphere, the densification of atmospheric methane can affect the planet’s climate.

Thirdly, scientists will be able to predict the environmental effects of permafrost thawing. According to the results published in Nature Geoscience in 2016, extreme acidification of water due to the oxidation of permafrost’s erosive carbon and dissolved methane’s fractioning to carbon dioxide is a great danger. This process leads to significant environmental consequences, including the dissolution of carbonate-containing shells and shells of marine mollusks, which leads to their extinction.

“To clarify the environmental and possible climatic consequences of the massive release of methane from sediments into the water column and atmosphere, it’s necessary to continue comprehensive research in the Seas of the Eastern Arctic; this requires the creation of a separate federal or international programme, including the development of integrated observations in the Siberian sector of the Arctic with research vessels, drifting platforms (including the drift on the Kapitan Dranitsyn icebreaker planned for 2019-2020), aircraft and drones”, Igor Semiletov pointed out.

Leading scientists from institutes of the Russian Academy of Sciences, Moscow Institute of Physics and Technology, Moscow State University, NArFU, universities in Sweden, the Netherlands, Great Britain, the USA, and Italy will take part in the research.