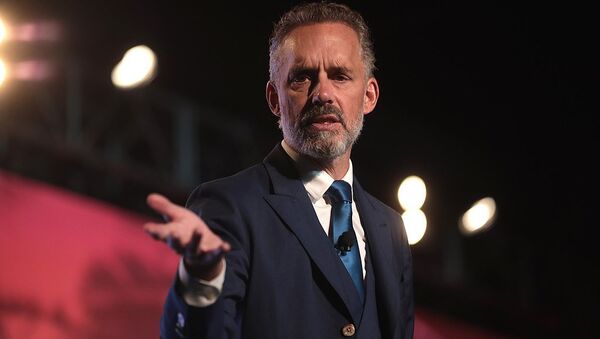 The psychology professor from Canada has shot to international fame as a champion of free speech over the past three years. A Toronto-based production company has attempted to document the rise of Jordan Peterson, hated by some and considered a lodestar by others, but the biopic’s path to reach an audience is proving to not be an easy one.

A feature documentary, The Rise of Jordan Peterson, about the Canadian psychology professor and one of the most famous public intellectuals has been dropped from a scheduled showing at Toronto’s Carlton Cinema over “one or more” staff’s complaints, The Post Millennial reports. As one of the theatre managers confirmed to the outlet, there were disagreements among staffers over the movie by Patricia Marcoccia, which was supposed to be shown for a week there.

The director of the documentary, produced by Toronto-based Holding Space Films, revealed that her company has faced challenges “simply because of the subject matter being Jordan Peterson”, as it has tried to reach out to both mainstream and arthouse movie theatres in North America.

“Some cinemas got stuck in internal debates. Others told us outright that they thought the film was well done and fair, but that they couldn’t, in good conscience, contribute to the ‘cult of personality around Peterson’ in any way”, she told the outlet.

The documentary is said to be a follow-up to its shorter version, called Shut Him Down that was broadcast on Canadian TV last year, and offers a behind-the-scenes glimpse into the frenzy sparked by Peterson, tracing the transformative period of his life.

It centres on the media buzz around his persona and tries to look at him through the eyes of both those whom he has helped and those whom he has angered with his take on political correctness and other social issues.

News about the difficulties that the film about the Canadian professor, who is considered to be one of the most vocal advocates of free speech, has faced has prompted outrage online.

It terribly disheartening to hear that the story of @jordanbpeterson, a man who preaches self-respect and individual responsibility and has transformed the lives of thousands of young people for the better, is being forced out of the public square.https://t.co/ZknSlqCQlI

The new normal. Democrats behaving more like dictators every day. Jordan Peterson movie canceled because they don't like his personality. If you're liberal/Democrat, move forward. If you're anything other, do not pass go, do not collect $200. https://t.co/u4dl7RZqR2

What the Carlton Cinema in Toronto has done here, is cowardly and pathetic.@ImagineCarlton⁩

​Peterson’s meteoric rise to fame followed a controversy surrounding gender pronouns. The University of Toronto professor gained nationwide – and later international – prominence after posting a series of videos on YouTube in 2016 criticising government policies mandating that people addressing transgender persons refer to them by the gender they identify with rather than in accordance with their biological sex. He is now a bestselling author due to his book 12 Rules for Life: An Antidote to Chaos and also a YouTube star.