After Snake Threat to Indian PM, Pakistani Singer Now Says Her Lions Will Devour Him 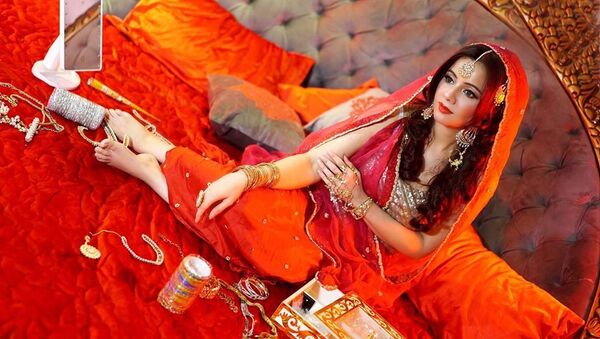 Posting photographs while posing with lions, she says: “It will devour you the way you are trying to feast on Kashmir”.

Pirzada was earlier fined by the Wildlife Department of Pakistan for keeping exotic animals at her salon after her “snake video” went viral on social media. Blaming Indian prime minister for the authorities’ action against her, she tweeted: “Narendra Modi you’re your hidden friends in Pak, after those EXOTIC animals, here I present you [with a] Lion, it will devour you the way you are trying to feast on Kashmir".

@narendramodi and ur hidden friends in Pak, after those EXOTIC animals, here i present u Lion,it will devour u the way you are trying to feast on https://t.co/VR8jouSFNS passion for Kashmir can’t be controlled by ur fake allegations wildlife, and i am not in some jail #ModiHitler pic.twitter.com/14ObjNmIvw

She also shared a post hitting out at the Pakistani wildlife authorities, saying she would continue to threaten the Indian prime minister.

Earlier, the singer posted a video on her YouTube channel to criticise New Delhi’s 5 August decision to abrogate the special status of Jammu and Kashmir and bifurcate the state into two federally administered entities.

The video was subsequently picked up by local TV, featuring her cradling a gigantic snake as she berated and lashed out at Narendra Modi personally for “harassing Kashmiris”.

However, the video went viral and made headlines in Indian and Pakistani media.

An inquiry was launched against her for keeping the exotic animals at her salon, where the video was apparently recorded, with Pirzada possibly facing a fine and up to two years in jail, Pakistani media reports said.