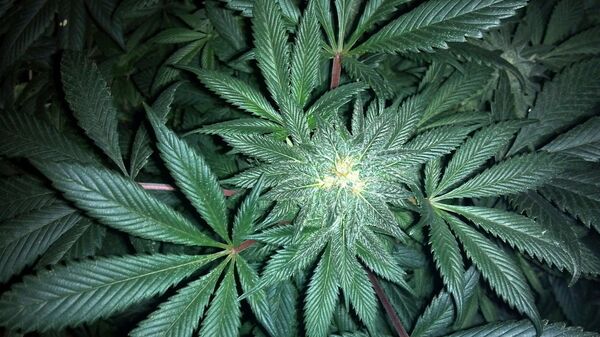 According to police, the estimated market value of the seized cannabis is nearly $49,000 (Rs. 3.5 million).

Acting on a tip-off, police said a container truck was flagged down on a highway in the state’s Varanasi district. Upon searching the vehicle, it was found to be loaded with cannabis.

They were booked under the Narcotic, Drugs and Psychotropic Substances Act.

“We were tipped off about a cannabis-laden container truck, moving from Odisha to UP via Bihar which we intercepted… a huge recovery of 697 kg of cannabis was made,” a media report quoted an official as saying.

According to the official, the cannabis was procured in Odisha state’s Ganjam district. It was on its way to Prayagraj town in Uttar Pradesh state.

The Indian cities of New Delhi and Mumbai currently feature among the top 10 cities with the highest consumption of cannabis, according to a recent survey.

New Delhi is the third-largest consumer of cannabis in the world, whereas Mumbai, known as the financial capital of the country, is ranked in sixth place, according to the ABCD 2018 Cannabis Price Index report.