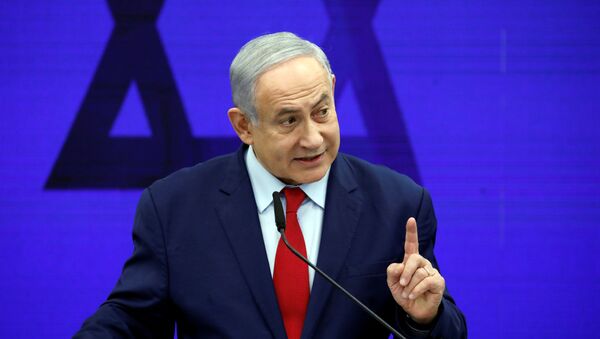 Svetlana Ekimenko
All materialsWrite to the author
Israelis are going to the polls on 17 September for the second time in less than six months to elect the 120 members of the Knesset (legislature), with the vote coming after Prime Minister Benjamin Netanyahu failed to form a government following the April election. The last polls taken before election day show a race that is too close to call.

Israeli Prime Minister Benjamin Netanyahu is facing a formidable challenge to his 10-year domination of national politics in a closely fought election on Tuesday.

More than 10,000 polling stations around the country open at 7:00 a.m. as over six million Israeli citizens vote for the 22nd Knesset.

Analysts predict the election could be followed by weeks of political wrangling over the formation of the next government, as opinion polls indicate the right-wing Yisrael Beiteinu party could hold the key to the next coalition as it is forecast to double its representation in the Knesset, from five seats to 10.

The election was called after Benjamin Netanyahu failed to form a coalition following April elections, which saw Likud and Blue and White tied, each taking 35 of the 120 seats in the Knesset.

Netanyahu, 69, has enjoyed the longest tenure of any Israeli prime minister: from June 1996 until July 1999, and has held the post since March 2009.

The stakes are high for the current prime minister, writes AP, as he heads into the election facing the likelihood of criminal corruption charges.

A repeat of the April deadlock or a victory by challenger Benny Gantz could spell the end of Netanyahu’s career.

Netanyahu has been plagued by multiple corruption scandals.

Over the past year, the 69-year-old prime minister has been the focus of three investigations into allegations that he awarded political favours in exchange for positive news coverage and committed fraud, among other things.

In late February, Israel’s attorney general announced that he intended to charge the prime minister for crimes related to corruption, pending a hearing scheduled in October.

Although Netanyahu has vehemently denied all charges, this puts a lot of pressure on Netanyahu and his party to perform well at the polls, because if he manages to retain his position, there’s a chance he can pass a law that would basically protect him from being put on trial.

Netanyahu is up against Benny Gantz, a 59-year-old retired general who from 2011 to 2015 served as the Israel Defense Forces (IDF) chief of staff.

Gantz is a newcomer to Israeli politics, and had been reportedly considering the role of Israel’s defence minister before polls showed him as a popular choice for prime minister.

In December 2018, Gantz created a new party called Israel Resilience, with a platform set to pursue “the continued development and strengthening of Israel as a Jewish and democratic state,” focusing on issues like education, agriculture, and internal security.

In February, Gantz joined forces with the Yesh Atid party to form a centrist alliance that branded itself the Blue and White party, after the colours of the Israeli flag.

The former military officer paints himself as a political outsider who would be “a breath of fresh air”.

He’s taken a few broadsides at Netanyahu by vowing to fight corruption and impose term limits.

Netanyahu on the campaign trail: “No choice but to topple Hamas”

A pre-election period in Israel is traditionally accompanied by rising tensions with Palestinians, who seek diplomatic recognition of their independent state on the territories of the West Bank, including East Jerusalem, which are partially occupied by Israel, and the Gaza Strip.

According to Israeli media, Prime Minister Benjamin Netanyahu would have long ago delivered on his promise to seize part of the West Bank, but for a number of legal complications ahead of the 17 September vote.

Prime Minister Benjamin Netanyahu said on 11 September that he planned to declare sovereignty over the Jordan Valley, nearly a quarter of the West Bank, as a first step in claiming sovereignty in the region. The announcement has been denounced by the Palestinians and the rest of the Arab world, as well as by the UN.

In the wake of his West Bank announcements, later in the week Netanyahu stated Israel would launch an operation in Gaza in the near future, following spiralling tensions on the southern front in recent weeks.

In a radio interview with the public broadcaster Kan which kicked off a media blitz five days before the national elections, Netanyahu said:

“There probably won’t be a choice but to topple the Hamas regime. Hamas doesn’t exert its sovereignty in the Strip and doesn’t prevent attacks." 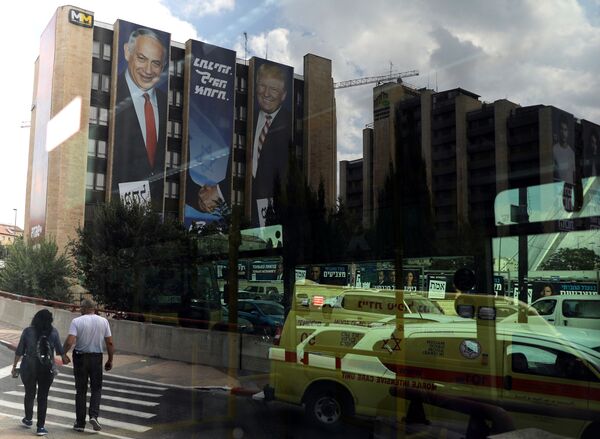 During the first campaign early this year, US President Donald Trump gave Netanyahu a boost by inviting him to the White House, and recognising Israeli sovereignty over the Golan Heights, which Israel seized from Syria in the 1967 war.

On this occasion, Trump announced on Twitter that he was exploring a possible defence pact with Israel.

“I had a call today with Prime Minister Netanyahu to discuss the possibility of moving forward with a Mutual Defense Treaty, between the United States and Israel, that would further anchor the tremendous alliance between our two countries. I look forward to continuing those discussions after the Israeli Elections when we meet at the United Nations later this month!”

I had a call today with Prime Minister Netanyahu to discuss the possibility of moving forward with a Mutual Defense Treaty, between the United States and Israel, that would further anchor the tremendous alliance....

​Netanyahu happily accepted the gesture, thanking his “dear friend” and declaring it as “historic.”

As 10,543 polling stations around Israel will remain open until 10:00 p.m., television exit polls will try to predict who will form the next government, with the first results expected to begin coming in several hours after that.