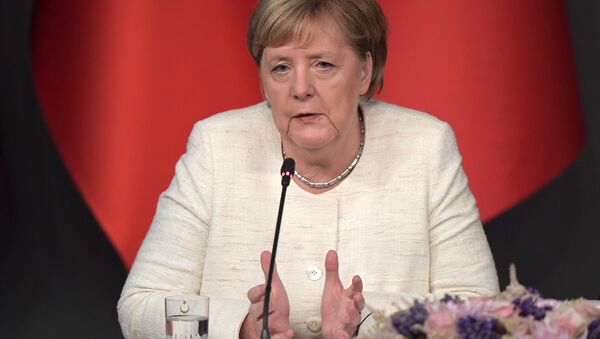 © Sputnik / Sergei Guneev
/
Go to the mediabank
Subscribe
International
India
Africa
Svetlana Ekimenko
All materialsWrite to the author
German Chancellor Angela Merkel has long been criticised for her ill-fated open-door refugee policy. The fallout from which has resulted in bitter political infighting within the government and a surge in support for right-wing parties both in Germany and across Europe.

Hanning, on a brief visit to the UK, criticised Merkel for generating a “security crisis” for Germany and the other member states of the European Union.

“We have seen the consequences of this decision in terms of German public opinion and internal security. We experience problems every day,” said Hanning.

“We have criminals, terrorist suspects and people who use multiple identities. Those who carried to the Berlin attacks used 12 different identities, adding that “While things are tighter today, we still have 300,000 people in Germany whose identities we cannot be sure of. That’s a massive security risk.”

Hanning, who oversaw the foreign intelligence agency between 1998-2005, said that Merkel was displaying political weakness as she gave conflicting responses to her own assessment of the fateful decision. At some point she claimed it wasn’t a mistake, while at other times she has pledged it would never happen again.

Berlin's open-door policy, which resulted in hundreds of thousands of people flooding into the country from the Middle East and North Africa, has provoked criticism from those claiming that the security situation in the country has worsened due to the influx of migrants.

In 2015 German Chancellor Angela Merkel unilaterally suspended normal border procedures to open them to a tremendous flow of people fleeing conflict and seeking a better life. 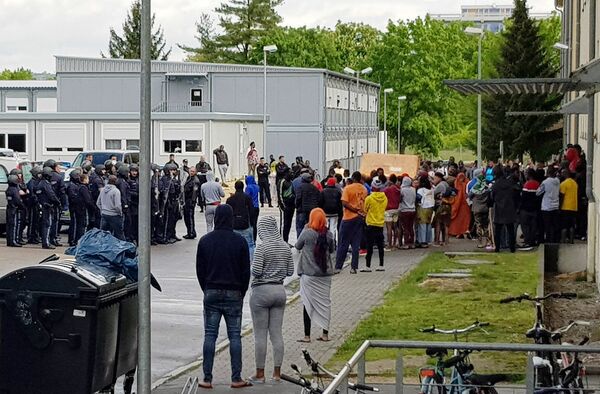 German police officers and migrants stand in front of an asylum center after a woman was found dead in the center in Regensburg, Germany, Saturday, May 11, 2019
© AP Photo / Alexander Auer

The flow was at a historical peak in the summer of 2015, when Germany took in up to 1.5 million migrants in a single year.

The fallout has resulted in bitter political discord within the German government and a surge in support for right-wing parties, such as Alternative for Deutschland (AFD). 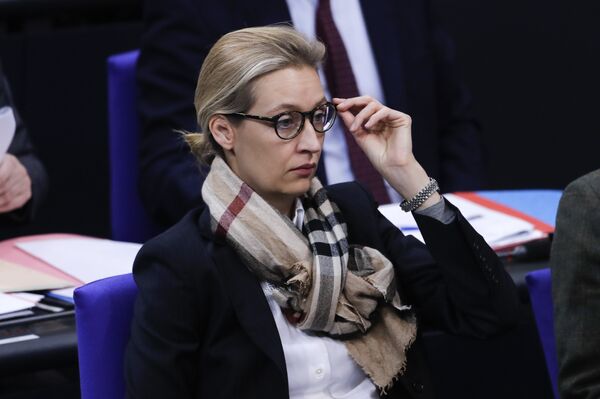 Alice Weidel parliament faction co-leader of the Alternative for Germany, AfD, party, arrives at the German parliament Bundestag prior to a debate about refugee policy in Germany, in Berlin, Friday, Jan. 19, 2018
© AP Photo / Markus Schreiber

Germany, the largest European recipient of migrants, has witnessed a rapid increase in knife attacks on its streets, often involving immigrant newcomers.

One of these attacks, allegedly committed by Syrian and Iraqi asylum seekers last year in the city of Chemnitz, prompted huge rallies against the chancellor and her refugee policy.