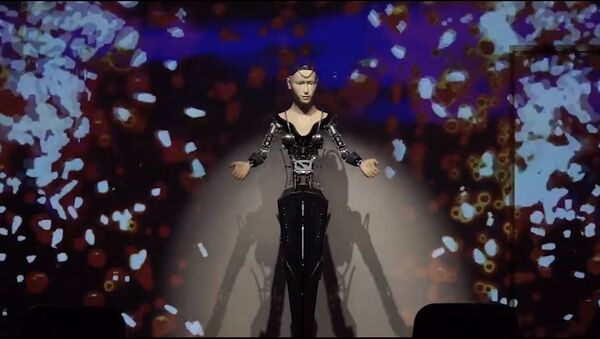 © Photo : YouTube / TKNonline
Subscribe
A mechanical ‘priest’ has recently begun conducting Buddhist prayers in Japan. It is not the first attempt to deliver religious teachings and advice through the use of a programmed machine.

In Japan, a country famous for its love of everything robotic, some have taken the integration of mechanical counterparts in our daily lives one step further, as a mechanical ‘priest’ named Mindar has begun conducting prayers in a 400-year old Buddhist temple in Tokyo, the Daily Star reported.

According to the report, the $1,000,000 robot is made of steel and silicon and features a distinctively featureless and androgynous face of synthetic skin. Contrary to its sexless appearance, the robot speaks in a female voice.

Designed by robotics researcher Hiroshi Ishiguro, the automaton ‘priest’ is currently programmed with only a few pre-recorded prayers, but a Kodaji temple representative believes that one day, with the addition of artificial intelligence, Mindar could have “unlimited wisdom.”

“This robot will never die; it will just keep updating itself and evolving. That’s the beauty of a robot. It can store knowledge forever and limitlessly,” says priest Tensho Goto. “With AI, we hope it will grow in wisdom to help people overcome even the most difficult troubles. It’s changing Buddhism.”

Goto does not appear to be concerned that the so-called priest is a machine and not a human.

“Buddhism isn’t a belief in a God; it’s pursuing Buddha’s path,” he explains. “It doesn’t matter whether it’s represented by a machine, a piece of scrap metal, or a tree.”

Buddhism is not the only religion adapting robots, the Star notes. In India, a temple employs a robotic hand to assist in the Aarti ritual before the statue of the elephant-headed god Ganesh.

It's 2017. Age of tech. Why should #Ganesh be left behind? #ganapati #robot #aarti pic.twitter.com/wJsI5BGPDc

​And Catholic Christians may soon find spiritual advice from a tiny 40-cm robot SanTO, developed by Gabriele Trovato, a roboticist and assistant professor at Japan’s Waseda University, after Trovato finishes perfecting his device in Peru.

#CyberpunkisNow Holy Robot - SanTO is an 18 inch tall robot resembling an altar/figurine many Catholics have in their homes. It uses software to listen to people/scan their faces for signs of specific emotions & then select religious texts that may be relevant to their troubles pic.twitter.com/yaQqh6pF08

​In Germany, there is a BlessU-2 robot that looks like a hybrid between an ATM terminal and US comic Jeff Dunham’s puppet of Ahmed the Dead Terrorist. The robot is reportedly designed to engage in philosophical debates about the future of religion and the potential of artificial intelligence.

​“We wanted people to consider if it is possible to be blessed by a machine, or if a human being is needed,” says Stephan Krebs of a Protestant church in Hesse and Nassau, according to The Guardian. “The idea is to provoke debate. People from the street are curious, amused and interested. They are really taken with it, and are very positive.”

According to Krebs, a number of believers have expressed their concern that the church wants to replace human pastors with machines.

“Those that are church-oriented are more critical,” he admits.