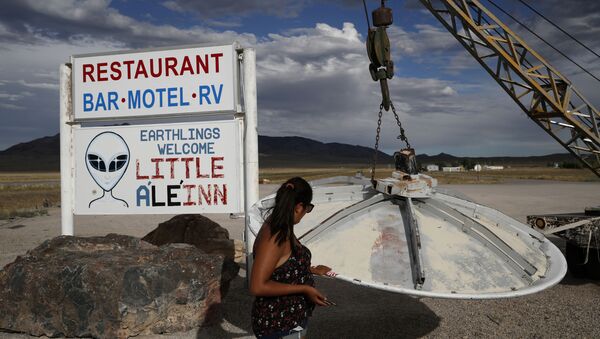 Svetlana Ekimenko
All materialsWrite to the author
Storm Area 51 is a Facebook event planned for 20 September 2019 at a US Air Force facility, true believers hope to raid the site in search of extraterrestrial life. The originator of the event, Matty Roberts, confirmed it was comedic and disavowed responsibility for any casualties if people were to attempt to raid the military base.

Organisers of the Storm Area 51 event insist that the storming will go ahead in Lincoln County next week, despite the negligible setup in place at two planned festival sites, reported FOX5.

Earlier, on 12 September, attorneys representing the originator of the Storm Area 51 Facebook event, Matty Roberts, sent a cease-and-desist letter to Connie West, the owner of the Little A'Le'Inn, demanding a halt to the Alienstock event in Rachel, with Roberts saying a smaller event will take place in downtown Las Vegas.

Roberts has partnered with the Downtown Las Vegas Events Center and moved the Alienstock Festival to Las Vegas; it is set to launch on 19 September.

The originator of the event sent out a statement that explained the person he was working with did not have the financing, contracts or infrastructure to accommodate thousands of people planning to converge on Rachel.

“Due to the lack of infrastructure… we decided to pull the plug on the festival. The permit holder (Connie West) was given multiple opportunities to provide us with the proof that things expected at this festival were in place. In fact, she refused to provide to us, as agreed upon, contracts, proof of deposits or any paper proof of anything.

We are officially disconnecting from Connie West, Rachel NV and AlienStock's affiliation with them,” reads the statement.

As of Wednesday, a pair of dirt lots near Little A’Le’Inn that had been cleared of shrubbery were the only sign of preparations for Alienstock, it was pointed out.

The letter also stated that West had failed to provide "any plan for security, medical services, and adequate insurance".

The cease-and-desist letter said that 2,400 tickets and camping spots for Alienstock had been acquired and West must stop using Alienstock on promotional merchandise.

On 10 September, West insisted the event would still take place from 19-21 September.

“What they’re causing me is a financial disaster,” West said of the departure of Roberts.

She added that she had everything paid for, including medical services, security and vendors.

The Storm Area 51 Basecamp in Hiko, also set for 20-21 September, is still going "full steam ahead" according to George Harris with the Alien Research Center, who is organising the event. 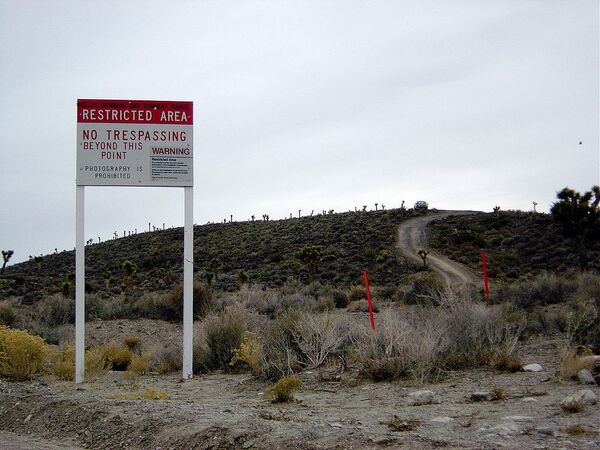 Harris said the event is emphasising on safety, and that there will be bathrooms, water and a medical crew on hand for the event.

"We just want everybody to be safe," he said.

None of the events intends to carry out Roberts’ idea of invading a base rumoured to house aliens and extraterrestrial technology, with a music festival and peaceful parties planned.

Storm Area 51, They Can't Stop All of U is a Facebook event set for 20 September 2019, at Area 51, a US Air Force facility within the Nevada Test and Training Range, to raid the site in search for extraterrestrial life.

The event was created as an internet hoax by Matty Roberts, who confirmed it was comedic.

Albeit comedic, the event has had an effect on businesses both locally in Nevada and around the US.