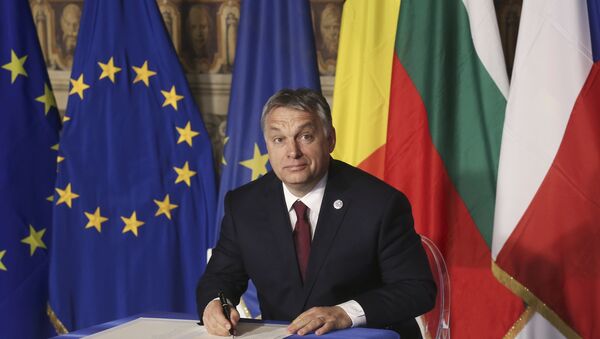 As the zero-day for Brexit approaches, many supporters of a no-deal have been hoping that fellow eurosceptics across the continent would help to prevent any extension to the Brexit deadline. But recent comments out of Budapest appear to have poured cold water on such hopes.

Hungary’s Foreign Minister has tempered claims that his country will veto a Brexit delay in order to make a no-deal exit from the EU easier for Boris Johnson’s government to achieve.

It had previously been reported that there were concerns among the Brussels decision-making elite that Viktor Orban’s government in Hungary, which is perceived as sharing an anti-EU affinity with Boris Johnson, would prevent the bloc from further delaying Brexit beyond the current deadline of October 31.

Yet, Budapest’s Foreign Minister, Peter Szijjarto, made clear in an interview with Bloomberg News that his country would not be key to any decision-making process on the issue of a Brexit extension.

“If there is such a request we’ll make our own decision. A few large Western European member states really want to put an end to this and want it decided one way or another, so probably it won’t be our decision that will be key on this issue,” Mr Szijjarto said.

Despite fears that Orban would throw his support behind Mr Johnson’s staunch Brexit position, reports suggest that it is likely that Budapest would want to toe the EU’s line considering the sizeable amount of funding it receives every year from Brussels.

However, Mr Szijjarto made clear that while Hungary may not veto any delay mechanism on Brexit, he sees Mr Johnson as the only UK politician trying to “fulfil the will of the people.” The Foreign Minister also warned against Brussels not taking the UK Prime Minister seriously, saying that, “I think he’s [Johnson] much tougher than many people believe.”

Back in the UK, the debate over Brexit intensified this week after former Prime Minister David Cameron waded into the fray with his own opinions on the process and those overseeing it. In an interview with the Times Mr Cameron - on whose watch the Brexit referendum was held in the summer of 2016 - accused Boris Johnson of “trashing the government” and behaving “appallingly” as Prime Minister. The former British statesman said that the 2016 referendum has morphed into a “terrible Tory psychodrama” and confessed that the subject of Brexit makes him depressed.