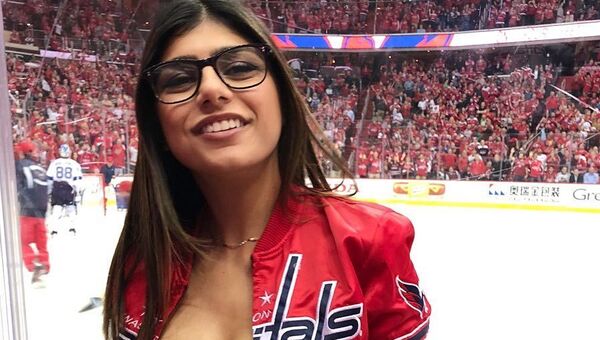 Mia Khalifa, one of the biggest and sexiest fans of 2018's Stanley Cup winners, recently took to social media, expressing her sincere anxiety about the possibly expiring contracts of two of the franchise's cornerstones.

Centre Nicklas Backstrom and goaltender Braden Holtby reportedly need to make a decision on the extension of their contracts before 2 October, when the Washington Capitals will play against the defending champions of the National Hockey League (NHL), the St. Louis Blues, in the season opener.

Khalifa, a former adult film actress-turned-sports presenter and a big fan of the Washington Capitals, shared her emotions about the players on Instagram. 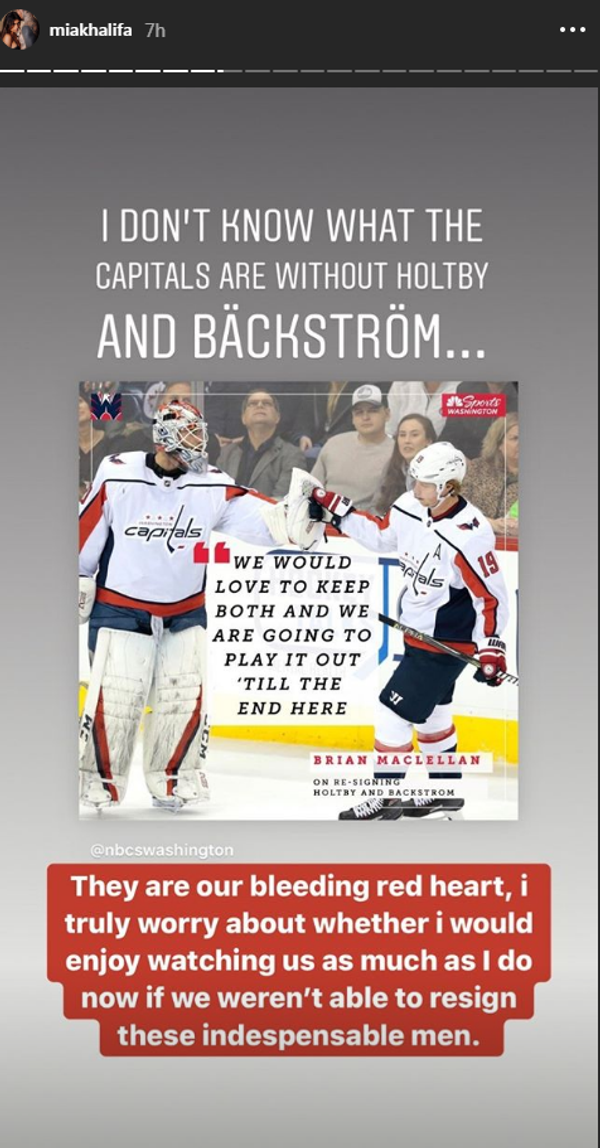 In her stories section, Khalifa commented on this picture that she does not "know what the capitals are without Holtby and Backstrom", adding that "they are our bleeding red heart, I truly worry about whether I would enjoy watching us as much as I do now if we weren't able to resign these indispensable men".

According to the US-based media reports, the Washington Capitals and NHL officials are currently occupied with collective bargaining negotiations on the uncertain status of another centre, Evgeny Kuznetsov, who tested positive for cocaine at the last world championships.

Kuznetsov has already been suspended from international play for four years and could face further discipline from the NHL, Fox Sports said, citing league officials.

The situation with Kuznetsov reportedly makes it complicated for the club a move to get under the new season's $81.5 million salary cap before training camp ends, thus complicating further possible contract extensions for veteran stars Holtby and Backstrom.

According to Fox Sports, Holtby said he watched fellow goalie Sergei Bobrovsky’s situation with the Columbus Blue Jackets last season in the final year of his contract. Bobrovsky signed a $70 million, seven-year deal with the Florida Panthers in July. Holtby reportedly wants the same deal for himself, but he is hard-pressed to fit under current Washington Capital’s salary cap. 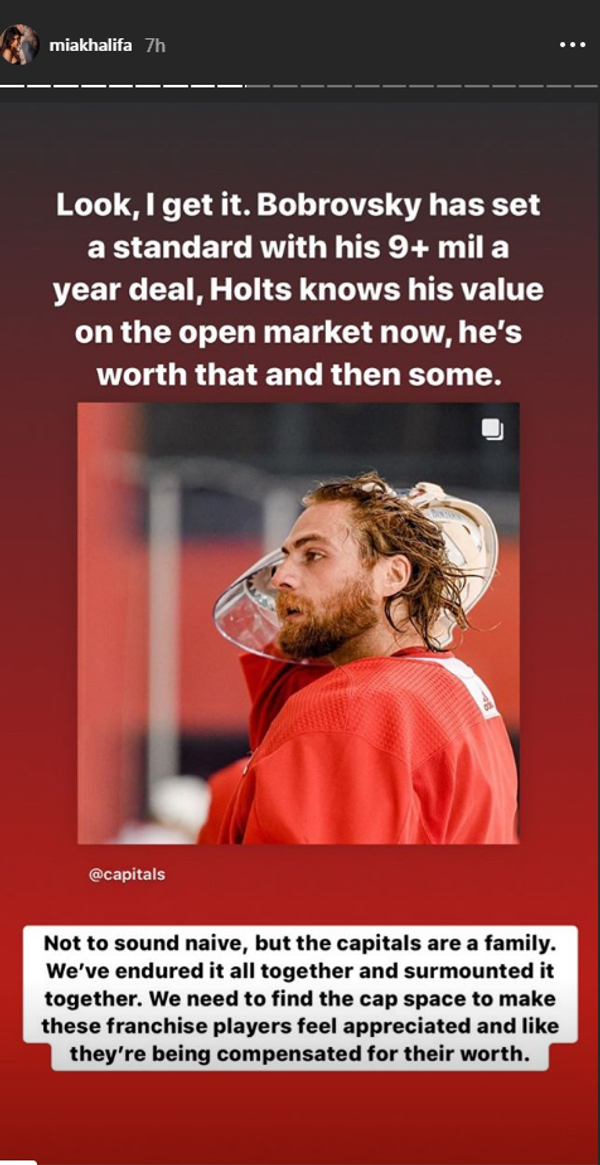 Mia Khalifa said that "Bobrovsky has set a standard with his 9+ mil a year deal, Holts [Holtby] knows his value on the open market now, he is worth that..."

The most touching moment, however, for Khalifa is the possibility of a parting of the ways of the famous Capitals star duo of Swede Backstrom and Russian forward Alex Ovechkin.

"I care more about this relationship than my own ... Ovi and Backy forever ... Re-sign Backstrom or I will set cap one arena on fire", Khalifa said on Instagram. 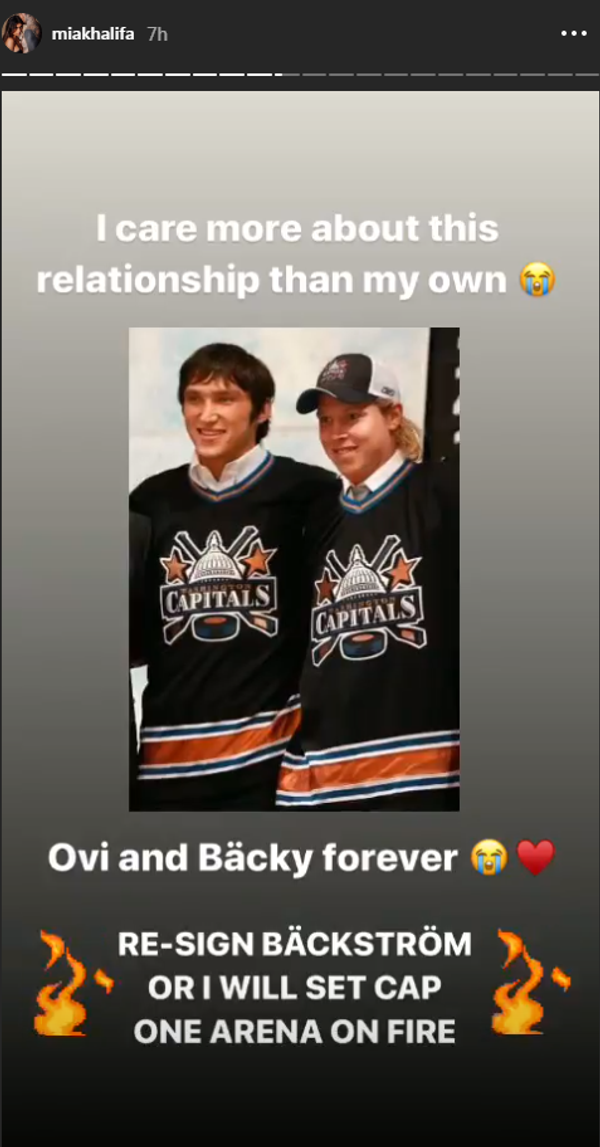 The sexiest Washington Capitals fan also posted a short video clip in which she bursts into tears while watching the latest news from the NHL.