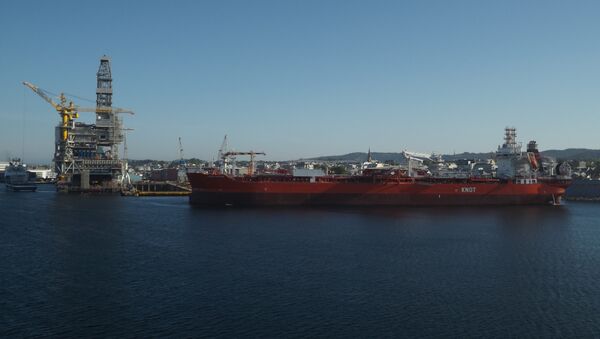 The crew of the oil tanker, allegedly called Dubai Harmony, is still on board and assisting firefighters, according to reports.

A few hours later, the fire service reported that the fire on the oil tanker had been put out.

"There is a fire in the machine room of a vessel in the Sture area. We do not know what caused the fire. The incident happened during the loading of oil from Sture", an Equinor spokesman stated as quoted by Reuters.

According to unconfirmed information, the Aframax-type oil tanker can carry up to 115,340 deadweight tonnes and was earlier docked at the Sture oil terminal.

The Sture terminal in the Municipality of Øygarden in Hordaland is a major tanker port for crude oil, the company Equinor says on its website, adding that the terminal receives crude oil from Oseberg, Grane, Edvard Grieg, and Svalin.