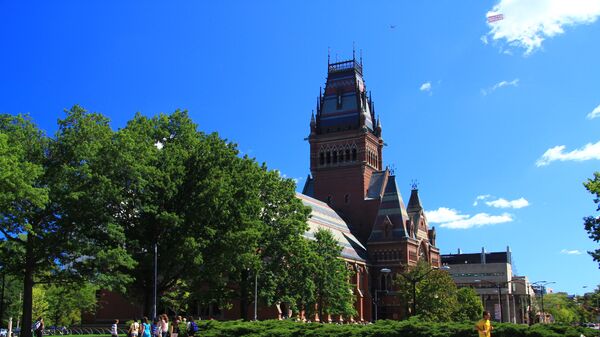 The revelations about the connection between the Ivy League school and the disgraced financier, who killed himself while he was awaiting trial over accusations of trafficking underage girls for sex, came hot on the heels of a scandal around the Massachusetts Institute of Technology, which reportedly tried to conceal its ties with the sex predator.

President of the elite Harvard University Lawrence S. Bacow has in a letter to the community acknowledged that the Ivy League school had fundraising ties with deceased Jeffrey Epstein, noting that it received $8.9 million in donations from the convicted paedophile. However, he insists that it had no financial ties with the disgraced financier after Epstein pleaded guilty in his first process in 2008.

“To date, we have uncovered no gifts received from Epstein or his foundation following his guilty plea”, Bacow said in his letter, published on the university’s website.

The money flow from Epstein to Harvard took place between 1998 and 2007, fuelling “various faculty and institutional research activities across the University”, according to the president of the academic institution. The largest donation was accepted in 2003, totalling $6.5 million and was directed to the university’s “Program for Evolutionary Dynamics”, which is aimed at researching the mathematical principles of evolution.

However, the ties between Epstein and Harvard went beyond just fundraising, as the university’s Department of Psychology made him a visiting fellow in 2005. Former faculty member Stephen Kosslyn, who does not work for the university anymore, is said to have pushed for his appointment. Harvard is now looking into the details of the matter.

The Ivy League school’s president denounced Epstein’s crimes as “repulsive and reprehensible” and voiced regret that the institution has been associated with him in the past.

“Conduct such as his has no place in our society. We act today in recognition of that fact. And we do so knowing that the scourge of sexual assault continues to demand our close attention and concerted action”, he wrote in the letter.

Revelations about Epstein’s money gifts to Harvard came shortly after The New Yorker reported that the prestigious Media Lab at the Massachusetts Institute of Technology had a more extensive fundraising relationship with Epstein than it had previously acknowledged and that it tried to conceal the extent of the relationship. According to The New Yorker, Epstein arranged at least $7.5 million in donations, including $2 million from Microsoft founder Bill Gates and $5.5 million from investor Leon Black.

Following the report, director Joi Ito resigned from both the lab and from his position as a professor at the Cambridge School, according to university President L. Rafael Reif, who called the allegations issued in the report disturbing, vowing to start an investigation.

Prior to this, Reif revealed that the university had received $800,000 from Epstein over 20 years following the resignation of two prominent researchers from the Media Lab over revelations that it and Ito had taken money from Epstein after he served time a decade ago for sex offences involving underage girls.

Epstein, a convicted sex offender, had been under investigation for nearly two decades. He was arrested in 2005 for molesting an underage girl. After being convicted as a sex offender and paedophile in 2008, Epstein served a light sentence of just 13 months.

In July 2019, Epstein was arrested a second time and charged with sex-trafficking minor girls at his residences, with of the charges dating back to the 2000s. Epstein pleaded not guilty to all charges, but faced up to 45 years in prison if had he been convicted. However, he escaped trial by reportedly committing suicide by hanging himself in his high-security prison cell. His death has sparked conspiracy theories suggesting that some powerful people wished him dead, as Epstein’s trial might have exposed their complicity in the alleged sex ring.