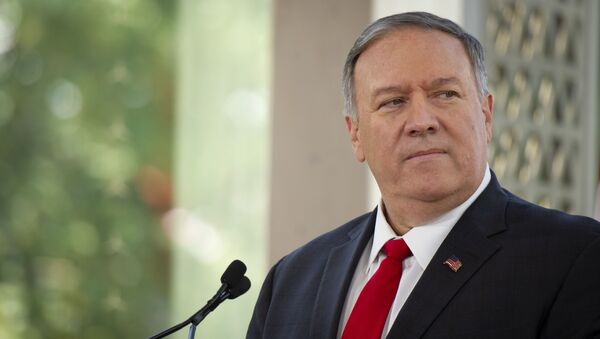 Sources in the Trump administration say Mike Pompeo might become the second person in US history to combine the duties of Secretary of State and National Security Advisor. However, they express skepticism, as it could make Pompeo too powerful for Trump’s liking.

One day after US National Security Advisor John Bolton’s departure, administration officials are discussing the possibility of giving the job to Secretary of State Mike Pompeo, a long-term opponent, CNN reported Wednesday, citing sources close to the talks.

An additional title would not free Pompeo of his responsibilities as Secretary of State, and he would be the second person to have both jobs at the same time – the first being Henry Kissinger during Richard Nixon’s administration.

It is unclear whether Pompeo is on Trump’s short list of Bolton replacement candidates, as the president only hinted he has “five people that [he considers] very highly qualified, good people.”

Even if Pompeo’s candidacy is not on the table, he will act as de-facto National Security Advisor until a permanent replacement is found, the source told CNN.

The source also speculated that the “Kissinger model” could make Pompeo far too powerful within the Trump administration.

According to the CNN source, top contenders are Brian Hook, US special representative for Iran (and senior policy adviser to Pompeo), and Steve Biegun, special envoy to North Korea. The two are equally unlikely to challenge Trump on his diplomatic deal-making methods.

While Trump’s initial foreign policy course was characteristically un-diplomatic - including unilateral withdrawals from both the 2015 Iranian nuclear deal and the 2016 Paris accord global climate treaty, as well as slapping new sanctions on Iran and creating trade wars with China other US allies - he recently adopted a different stance, meeting with the North Korean leader and expressing a willingness to sit down at the table with the Iranians.

The conflict between Trump’s perceived diplomatic approach and Bolton’s hard-line hawkish policies are believed to be a key reason why the National Security Advisor was forced out of the administration.

Regardless of who will be the next advisor, sources say Trump is determined to make his own foreign policy, acting as his own advisor – not unlike acting as “his own communications director and chief of staff,” despite having people for these roles, the sources told CNN.

On Tuesday, Trump announced that he had informed Bolton that his services were no longer needed in the White House. Bolton maintains that he resigned on his own volition.