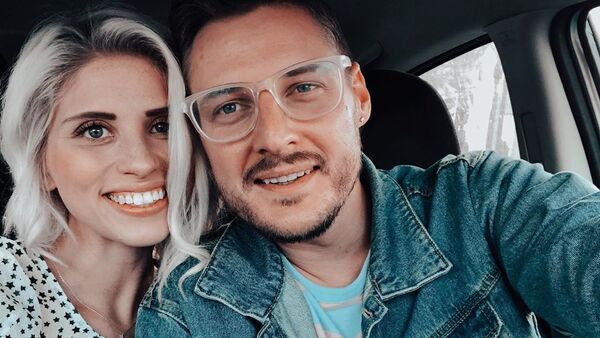 © Photo : jarridwilson/instagram
Subscribe
A 30-year-old Californian pastor and long suicide-prevention advocate, Jarrid Wilson, who worked at the Harvest Christian Fellowship Church is believed to have ended his own life on World Suicide Prevention Day.

California church leader and pastor Jarrid Wilson, who was a mental health advocate promoting anti-suicide awareness, died after allegedly committing suicide, his wife shared on her Instagram account on Tuesday.

Juli Wilson posted several photos of her husband looking happy during a family fishing trip while announcing the news that her “loving, giving, kind-hearted, encouraging, handsome, hilarious, give the shirt off his back husband went to be with Jesus late last night”. She hinted that Jarrid took his own life by saying that “suicide and depression” were feeding her husband “the worst lies” and that in the end “suicide doesn’t get the last word”.

My loving, giving, kind-hearted, encouraging, handsome, hilarious, give the shirt of his back husband went to be with Jesus late last night . No more pain, my jerry, no more struggle. You are made complete and you are finally free. Suicide and depression fed you the worst lies, but you knew the truth of Jesus and I know you’re by his side right this very second . I love you forever, Thomas jarrid Wilson, but I have to say that you being gone has completely ripped my heart out of my chest. You loved me and our boys relentlessly and I am forever grateful that i had YOU as a husband and a father to our boys . You are my forever and I will continue to let other people know of the hope in Jesus you found and spoke so boldly about . Suicide doesn’t get the last word. I won’t let it. You always said “Hope Gets the last word. Jesus gets the last word”. Your life’s work has lead thousands to the feet of Jesus and your boldness to tell other about your struggle with anxiety and depression has helped so many other people feel like they weren’t alone. YOU WERE an ANTHEM OF HOPE to everyone, baby, and I’ll do my best to continue your legacy of love until my last breath . I need you, jare, but you needed Jesus to hold you and I have to be okay with that. You are everything to me. Since the day we met. J & J. Love you more . These are photos of him in his happy place - fishing the day away . I’ll teach our boys all your tricks, babe. Promise. You are my #anthemofhope

Jarrid Wilson, a 30-year-old father of two and an author of several books such as “Jesus Swagger” and “Love is Oxygen”, was a co-founder of a non-profit organization called  Anthem of Hope dedicated to helping people fighting mental health issues such as depression, anxiety and suicidal tendencies.

800,000 people love their life to suicide each year, and we want to do something about it.

But that doesn’t mean Jesus doesn’t offer us companionship and comfort.

He ALWAYS does that.

“Lonely? Depressed? Need someone to talk to? Check out the FREE Anthem of Hope 24/7 chat feature. You don’t have to do this alone!” Shared Wilson on Twitter shortly before taking his own life.

Lonely? Depressed? Need someone to talk to?

Check out the FREE Anthem of Hope 24/7 chat feature. You don’t have to do this alone!