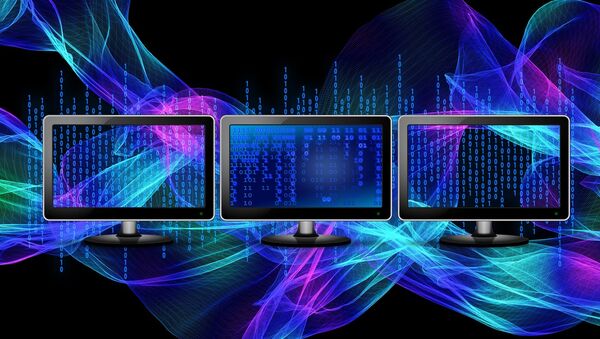 © NASA . Pixabay
Subscribe
International
India
Africa
The charges in the newly filed criminal case run almost parallel to a Texas civil case, in which Chinese national Bo Mao was released on bail having pleaded not guilty. The fresh case accuses Mao of wire fraud in a California company that was notably sued by Huawei over intellectual property theft back in 2017.

A Chinese national working as an IT specialist at the University of Texas, appeared before a federal judge in Brooklyn Wednesday on charges of allegedly stealing some cutting-edge technology from a Silicon Valley start-up for Huawei.

The case, which is believed to be directly linked to the Huawei accusations, was recently brought from a Texas district court to the eastern district federal court in New York, with a federal wire fraud conviction carrying a 20-year prison term and up to $250,000 in fines. With regard to the Texas criminal complaint filed by an FBI agent in August, the Chinese man pleaded not guilty and was freed on bail.

The case appeared to be partly under wraps, with some of the court records sealed. Separately, attorneys for Mao and the US Attorney’s Office in New York declined to comment on the court proceedings when contacted by Fierce Electronics.

The complaint depicts Mao as a professor using his academic position to advance Huawei technology that was ardently opposed by Washington due to it allegedly being tied to China’s special services, with President Trump issuing a protocol banning American firms from doing business with Huawei.

Despite the new criminal complaint against Mao not naming CNEX or Huawei directly, it appears to parallel another suit – a civil one filed by CNEX against Huawei. In the latter case, a federal jury in Texas found Huawei stole CNEX’s SSD technology but didn’t award any damages to CNEX. Interestingly enough, in 2017, it was Huawei that sued a CNEX co-founder for IP theft, but the start-up’s lawyers countersued in response.

In the new complaint, the FBI agent accused Mao, employed by a Texas university, of obtaining (allegedly for research purposes) a computer board with an embedded software kit and a chip for an Open-Channel controller developed by CNEX, with the latter being unaware of the fact that Mao allegedly worked for Huawei, reportedly revealed during a FBI review of Mao’s emails.

A Huawei spokesperson issued a comment saying that despite the outcome of the civil case,

“US federal prosecutors are charging forward with CNEX’s allegations, but doing so against a Chinese university professor who was never sued by CNEX, never was required to participate in civil discovery and was never called to testify at trial”.

The spokesperson proceeded to call the US prosecutors to pay due attention to Huawei’s suit against CNEX in 2017, saying that so far, the US government “has shown no interest in that side of the story”.

Huawei's telecom production was altogether banned from the US market in 2019 and American firms were restricted from selling the company "sensitive" technologiesm which Washington claimed had been devised in close cooperation with the Chinese government and the country's security services.