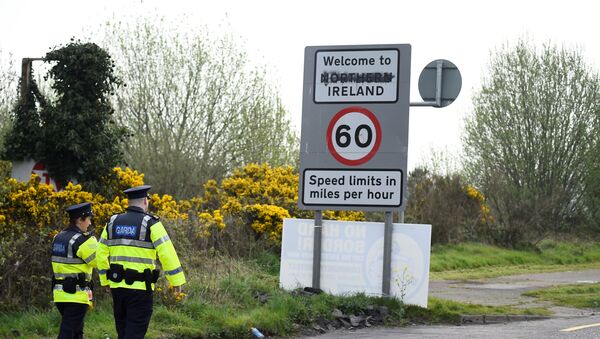 Belfast's High Court has dismissed a case contending that the UK’s withdrawal from the EU without a deal would undermine Northern Ireland's 1998 peace accord. The ruling was delivered this morning by Lord Justice Bernard McCloskey. According to the judge, the principal aspects of the lawsuit were "inherently and unmistakeably political".

"Virtually all of the assembled evidence belongs to the world of politics, both national and supra-national", he said.

The legal action was brought forward by three plaintiffs, including campaigner Raymond McCord, whose son was murdered by loyalist paramilitaries in 1997.

The judge also rejected a challenge against Prime Minister Johnson's decision to suspend Parliament, as it was a linchpin of proceedings in England and Scotland. The UK Supreme Court is expected to rule whether the shutdown can be reversed next week.

Meanwhile, Irish Foreign Minister Simon Coveney stated on Thursday speaking to journalists at a meeting of his Fine Gael party that a no-deal divorce from the EU would signify the end of “phase 1” of Brexit, adding that it would not be a clean break.

According to Coveney, talks about minimal border checks after Brexit are still in progress, while the timeline for the implementation would apparently exceed the exit date.

At the same time, the minister added that Dublin would be forced to protect the single market if it comes down to a no-deal outcome.

The minister believes that there is a willingness on both sides to explore new approaches, noting that the backstop option is not off the table for Dublin.

Nevertheless, Convey believes that UK Prime Minister Boris Johnson wants a deal; however, there are significant differences that need to be overcome.

The minister stressed that the European Union will respond positively if the UK government alters its position in Brexit talks in the coming weeks.

"I hope in the coming weeks that we can see a change in the British position and negotiation, which I think the EU will respond to positively in that we will try and find a middle-ground position that will work for the UK and the EU", Coveney said.

The issue of Northern Ireland remains a sticking point in the Brexit process. The main challenge for London is to avoid a hard border between Northern Ireland and the Republic of Ireland while, at the same time, securing the nation’s integrity.

The United Kingdom failed to leave the European Union on 29 March, as originally intended, because the withdrawal deal was voted down by the UK lawmakers. The European Council gave the United Kingdom an extension until October 31, with an option to leave earlier if the UK Parliament passes the deal.