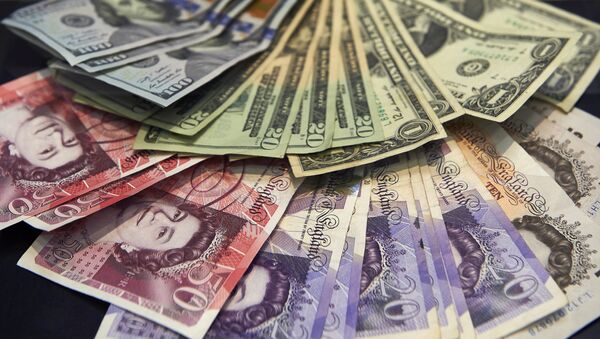 © AFP 2021 / NIKLAS HALLE'N
Subscribe
BRUSSELS (Sputnik) - Christine Lagarde, the managing director of the International Monetary Fund (IMF), was suggested as the new head of the European Central Bank (ECB) this summer, although only a year ago she said emphatically she did not want a job in any European institution.

Back in September 2018, Lagarde told the Financial Times newspaper that she was not interested either in an ECB position or in a job with the European Commission. And yet, she will become the new ECB head. On July 16, she submitted her resignation as the head of the IMF set to take effect on 12 September.

Lagarde will succeed Italian economist Mario Draghi, who managed to convince the bloc to adopt quantitative easing and negative deposit rate — both policies encouraging lending. The ECB further lowered its deposit rate at a meeting earlier on Thursday and decided to restart bond-buying.

Meanwhile, at her confirmation hearing in early September, Lagarde promised to review negative interest rates and bond-buying, although she assessed their effect as positive.

Born in Paris in 1956 to a family of teachers, Lagarde is a lawyer, a businesswoman and a politician.

As a youngster, at 15, she was one of the three best French swimmers in international competitions, in synchronised swimming. She is perfectly bilingual, a great advantage in her career and a relative rarity in France. 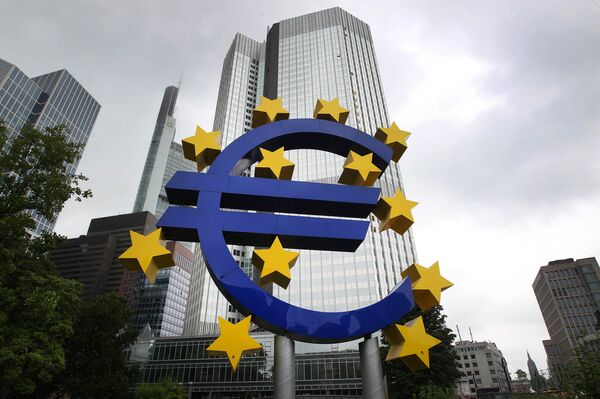 The Euro logo is pictured in front of the former headquarter of the European Central Bank (ECB) in Frankfurt am Main, western Germany, on July 20, 2015.
© AFP 2021 / Daniel Roland

As a student, she spent a year in the United States and interned as a congressional aide. She spent more than a decade at Baker & McKenzie — an international US-based law firm — becoming its first female chairperson.

Between 2005 and 2007, Lagarde served as French trade minister. In 2007, she became the minister of agriculture, then the finance minister — she served in that capacity until 2011.

In 2011, when Dominique Strauss-Kahn was ousted from his position at the IMF, Lagarde became the managing director. She was reappointed in 2016.

Christine Lagarde has a spot in the shape of Tapie affair on her otherwise perfect resume.

Bernard Tapie, a French businessman, who for a brief period was a minister under Francois Mitterrand, had accused the bank Credit Lyonnais, partly owned by the French government, of defrauding him during the sale of Adidas.

A legal battle ensued. Lagarde, who was the finance minister at the time, sent the case to binding arbitration, which is usually reserved for settling private cases, rather than the ones between private entities and state.

In 2008, the arbitration panel decided that Tapie should be awarded compensation of 403 million euros, or about $445 million. However, Lagarde’s decision was later questioned. The French Court of Justice ruled in December 2016 that she was guilty of "negligence." No penalty was set.

"Hearing against all odds that Lagarde was found guilty of the offence of negligence, I was impressed by the fact that the Court did its job after all. The condemnation but exemption from punishment for such a ‘negligence’ is ridiculous; it was clearly because of her position when precisely her occupation would have justified a severe punishment",retired magistrate Philippe Bilger explained.

For the British Euroskeptic of the Brexit party, Jonathan Bullock, "Christine Lagarde could lead the Eurozone right to disaster."

"Mario Draghi, whom she succeeds, is a brilliant economist, but even his perfect knowledge of all the inner workings of the financial markets has only barely enabled him to keep a single, completely dysfunctional currency afloat, the Euro", the member of the European Parliament stated. 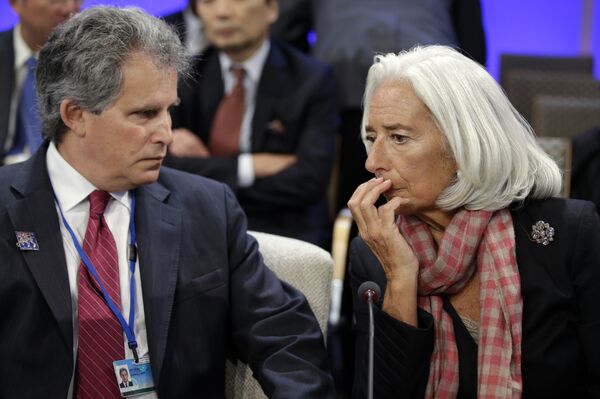 Lagarde "knows better than anyone how to build alliances and reach political compromises," but her lack of knowledge about monetary policy and "rigid conception of the rules" may spell doom for the euro, Bullock said.

At the same time, Lagarde is not really a novice in the highly explosive area of monetary management of the Eurozone as she was deeply involved in the handling of the Greek crisis. Her talents will be tested once more staring 1 November, when she will assume the position at the helm of ECB.