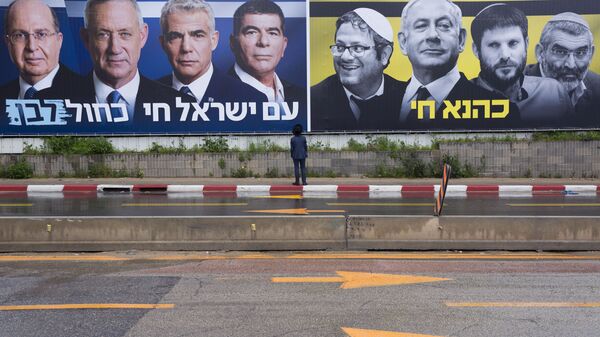 As Israel braces for general election scheduled for 17 September, Eli Hazan, the foreign affairs director at the Israeli Likud party, has spoken about the main challenges facing the party and the prospect of successfully forming a new government should the April vote's repeat.

Sputnik: What are the main challenges Likud is facing now on both the domestic and foreign fronts?

Eli Hazan: Foreign front - it's well known. We have the challenge of Iran and the proxies of Iran, Hezbollah on the North, Hamas on the South and their activity in Syria. It seems to me that Netanyahu is facing the challenge in a very good way. On the internal front, we have a lot of disagreements among different groups of Israeli society and our main purpose is to find a kind of agreement among those people.

Besides that, we have too much bureaucracy and too many regulations - and what we are trying to do is to is to solve this problem as well. It's not easy because we have some forces inside the party which do not understand this issue, but we are doing our best. We count on Netanyahu.

Sputnik: Is there a possibility that the results of the April election could be repeated this September? Is there any guarantee that a new government will be formed?

Eli Hazan: Of course, there is a possibility that we will have the same result, we are concerned about it. We will do everything only possible in order to change this in favour of Netanyahu. We are working very hard. Regarding the new government - yes, of course, it depends on the election campaign and I hope to be very successful about it. We really do a lot of efforts. First of all, Lieberman crossed the road into the left wing - this is one thing.

The second - we say that if you won't vote for Netanyahu, you get the left-wing in the government. The left wing in Israel is something people don't like. I mean those who define themselves as left-wingers they have only, let's say 15 seats out of 120. We aware the people of the left-wing government, we tell people that Lieberman has crossed the road to the left wing. 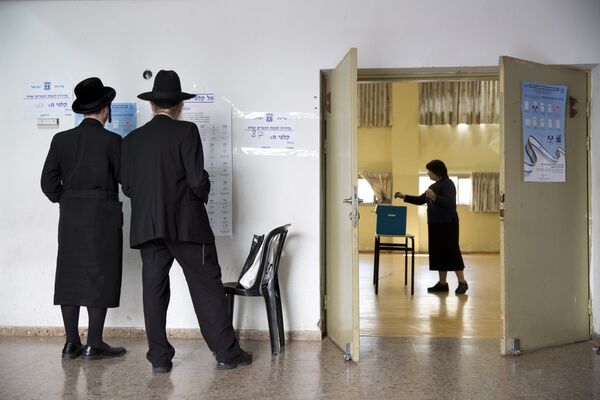 Sputnik: Given that several smaller parties have either merged with Likud or pulled out, what kind of the outcome do you expect?

Eli Hazan: I'll tell you the truth: no one knows what the outcome will be, it depends on so many things, so many issues! Right now, according to the polls, we have about 30%. What we have seen during the last election, in April 2019, we ended up with 35% although the polls predicted just 28%. No one knows and this is the main important thing of this election. No one really knows anything.

Sputnik: Why did Likud make deals with Zehut and other smaller parties, do you think this measure can help form a coalition if Likud wins?

Eli Hazan: Likud is trying to unify the whole right-wing block in order to win. You have to understand that the difference between right and left in Israel is very small. Every vote can do the change. Therefore, we are trying to be efficient, to be more united and this is why we went into this deal with Zehut party and the smaller.

Unfortunatelly, the Jewish Power did not want to cooperate with us and we are quite concerned that it will cost us the loss of the election. Don't forget what happened in 1992. The Right block was not united and we lost although we had more votes in this election.

Sputnik: Many analysts say Avigdor Lieberman, a Netanyahu ally-turned-rival, is the likely beneficiary of the second election. Do you agree with this claim? Can Lieberman become a kingmaker for the next government?

Eli Hazan: I completely agree with this claim, Lieberman can be a kingmaker. But again, it depends on the number of the seats of each block. If Netanyahu gets 61 and this is our aim and purpose, so Lieberman will go to opposition and it will fade out in the political world. If not, we hope to find a solution. Maybe, a creative solution in order to overcome Lieberman.

Sputnik: Prime Minister Netanyahu said in April he would seek an extension of Israeli sovereignty over settlements in the West Bank if he wins another term. Has anything changed since then? Will this help keep Israelis safe and why is Netanyahu choosing this strategy?

Eli Hazan: I don't think anything changed about it. We have the intention to annex Israeli settlements and I would like to emphasize the issue we are not going to annex all Judea and Samaria, we don't want to annex Nablus, Ramallah, Palestinian villages and cities - it's none of our business.

We want to annex Jewish settlements, Israeli settlements and to apply the Israeli law because they are discriminated by the state of not being part of the country.