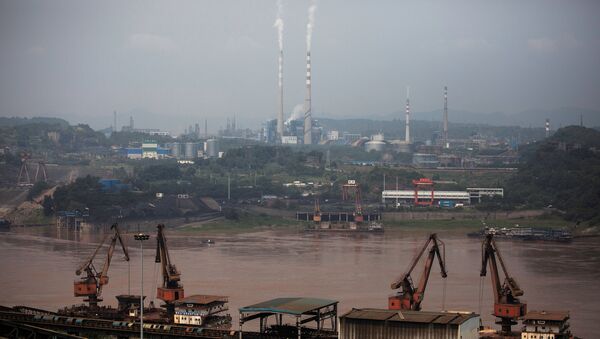 BEIJING (Sputnik) - The Chinese government's customs tariff commission has published two lists containing 16 US goods that will be exempted from additional import duties for the period from September 17, 2019 to September 16, 2020.

Among the exempted goods are organic alfalfa powder, fish meal and various types of lubricants.

Washington and Beijing have been engaged in a trade conflict for over a year since Trump announced tariffs on $50 billion worth of Chinese imports, justifying the move by the need to balance the trade deficit. The two countries have subsequently introduced several rounds of reciprocal tariffs.

In August, China decided to impose a new batch of 10 and 5 percent tariffs on 75 billion dollars’ worth of US imports starting September 1 and December 15 respectively. Following China's announcement, US President Donald Trump said that the US would respond to China by imposing even higher tariffs.

Last week, the two countries agreed to hold the next session of trade talks in Washington in early October. Previous negotiations took place in Shanghai in late July.