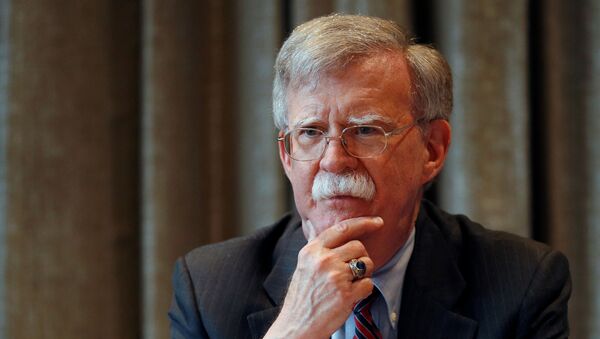 Tim Korso
All materialsWrite to the author
Up to the end of his service as national security adviser, Bolton remained a staunch hardliner when it came to the US policy towards Iran, reportedly being behind the "maximum pressure" campaign initiated by the Trump administration.

During one of the last meetings at the White House that US National Security Adviser John Bolton attended during his tenure, he argued "forcefully" for Trump's idea to ease sanctions pressure on Iran to be buried, Bloomberg reported, citing anonymous sources.

The discussed move to ease pressure was supposed to raise the chances of organising talks with Tehran on the side-lines of the UN General Assembly session in September 2019. While the proposal was reportedly supported by Treasury Secretary Steven Mnuchin, Bolton remained unmoved, and later in the day Trump decided to sack him, Bloomberg’s sources claim. Bolton insists that he filed his resignation letter himself.

The US president said on 11 September that easing sanctions can't be entirely ruled out, emphasising that Washington is "not looking for regime change" in Iran. He also said that he believes the two countries could make a "good deal". 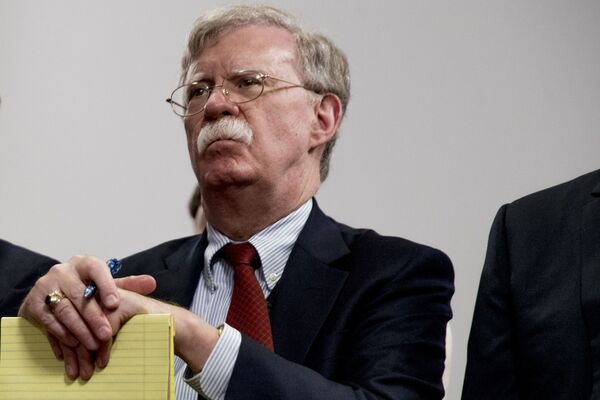 Trump has repeatedly called for negotiations between the US and Iran in recent months to reach a new deal that could lift sanctions from the Islamic Republic. Despite Trump's readiness to hold talks without pre-conditions, Tehran has refused to participate in them as long as American sanctions are in place, saying that negotiations under pressure are "unacceptable".

Bilateral ties between the two countries deteriorated after the US withdrew from the 2015 nuclear deal and re-imposed sanctions on the Iranian shipping, banking, and energy sectors, calling it a "maximum pressure" campaign.

Tensions further escalated when Washington started intensifying its military presence in the Middle East, deploying strategic bombers, troops, aircraft carriers, and drones. A US drone was downed by Iranian air defences this summer, bringing the two states to the brink of military conflict. Notably, all these changes to the US’ Iran policy came after Bolton assumed office, although Trump slammed the Iranian nuclear deal back during his 2016 election campaign.