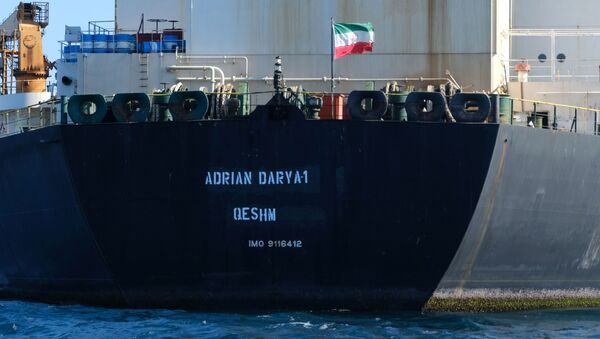 Last Sunday, Iranian Foreign Ministry spokesman Abbas Mousavi stated that the country's Adrian Darya 1 tanker made it to its destination and sold the oil.

The UK has accused Iran of alleged violation of international norms by sending its tanker to Syria that is under the European Union sanctions.

"Iran has shown complete disregard for its own assurances over Adrian Darya 1," foreign minister Dominic Raab said in a statement, adding that the alleged sale of oil to Syria "is part of a pattern of behaviour by the Government of Iran designed to disrupt regional security."

The senior official continued by saying that the UK would raise the issue at the United Nations later this month.

On 8 September, Tehran announced that its tanker Adrian Darya 1 reached the destination point and sold the oil. The day prior to the announcement, Trump National Security Advisor John Bolton posted a satellite image allegedly showing the ship sitting off the coast of Syria.

The Adrian Darya 1, previously known as the Grace 1, was seized by authorities in Gibraltar in early July after the UK received a tip from the US claiming that the tanker planned to unload its cargo in Syria, in violation of European Union sanctions against the war-torn country.

Gibraltar released the ship in mid-August, in defiance of a US request to continue the detention, and the issuance of US warrant to seize the ship.