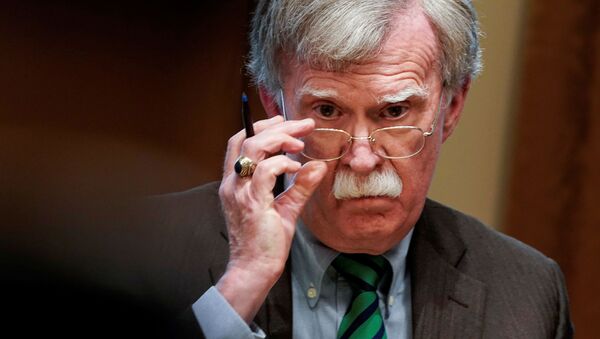 © REUTERS / JOSHUA ROBERTS
Subscribe
International
India
Africa
The shock announcement came amid media reports suggesting that the US president and his national security advisor had major disagreements over the invitation of the Taliban to Camp David for peace talks. Trump, however, denied the reports, branding them "fake news," while confirming that the peace talks are currently "dead."