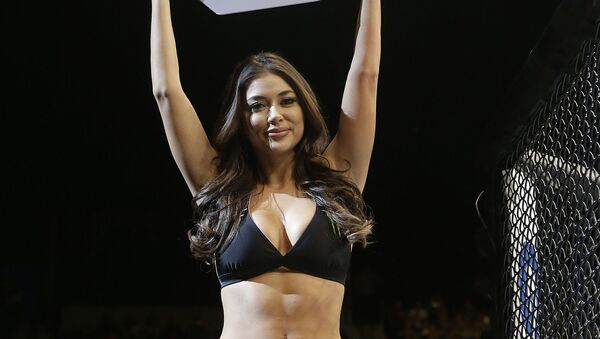 Victorian Premier and Melbourne's Lord Mayor Sally Capp reportedly said that the 'sexist and backward' tradition of bikini-dressed women walking the octagon with the number of each round before it starts is outdated.

According to The Daily Mail newspaper, citing lawmaker Sally Capp, local campaigners want to see "scantily clad women" banned from the tournament before the upcoming 6 October Ultimate Fighting Championship (UFC) night in the city of Melbourne.

Last year, Melbourne's Formula One Grand Prix ended its 'grid girls' - who would stand beside each car on the starting grid with a sign showing the name and nationality of the competing driver.

The issue with UFC 'girls' comes on the heels of the end of the 'ring girls', who who saw the practice shuttered at a boxing match between two Australian boxers Jeff Horn and Michael Zerafa last weekend.

Promoters of this boxing bout reportedly replaced the women with a man after coming under fire from local politicians and local women's rights lobby groups, The Daily Mail said.