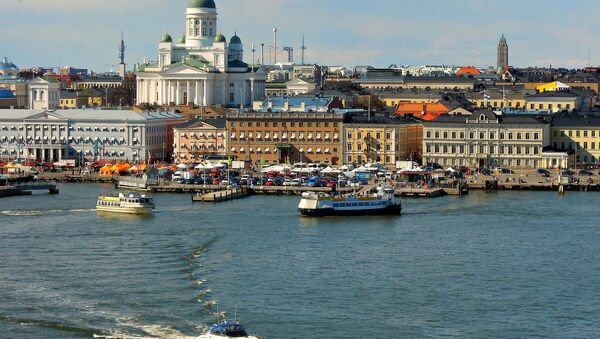 Finland's universal basic income trial, carried out between 2017 and 2018, involved 2,000 randomly-selected individuals who received tax-free monthly payments of 580 euros ($640). Later it was widely criticised as disappointing, its effect on employment being minimal.

Three out of five Finnish residents said they do not support the country introducing a basic income model, a poll commissioned by think tank EVA, the Finnish Business and Policy Forum, has found. Most respondents argued that social benefits should be based on need, national broadcaster Yle reported.

In the aptly titled report called “Farewell to Basic Income”, just one third of some 2,000 respondents ventured Finland should start a universal basic income (UBI) programme for all.

Its opponents are inclined to believe that social benefits should not be dished out without a reason and instead involve only the unemployed, low-income residents, or students.

Furthermore, about 67 percent of respondents even went so far as to suggest that people have been receiving benefits without truly being in need of them.

Additionally, more than half of the respondents said Finland needs to modernise and streamline its benefits system, suggesting that various forms of social support should be combined as much as possible.

More than half also said that benefits recipients should receive more guidance and advice.

Finland's basic income experiment went on for two years and concluded in December 2018. During the pioneering trial, implemented by Juha Sipilä's centre-right government, the Social Insurance Institution (Kela) randomly selected 2,000 unemployed people aged 25-58 and paid them a tax-free monthly benefit of 560 euros. Participants were free to work extra while receiving the money, or even start their own businesses.

While grabbing attention across the world, the results of the basic income experiment were widely criticised as disappointing. Heikki Hiilamo, professor of social policy at Helsinki University, suggested that the effects on the labour market were minimal, while the subjective sense of well-being may be questioned.