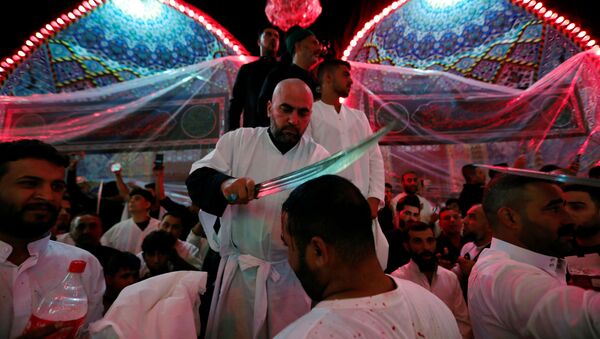 Ashura is one of the most sacred religious holy days for Shiite Muslims, a day that commemorates the killing of the Prophet Muhammad's grandson, Imam Hussein, by a rival Muslim faction in Iraq, in 680 A.D.

The Iraqi Health Ministry said Tuesday that at least 31 people have been killed, while 100 have been injured in a stampede in the Iraqi city of Karbala.

31 killed, 111 injured in #Karbala stampede that began when part of a walkway collapsed during #Ashura procession causing mass panic

​​Ashura was banned during the rule of Saddam Hussein; today, however, it's a national holiday, with streets across the country shuttered to allow for elaborate re-enactments of the Battle of Karbala.

Thousands of pilgrims flood the streets of Karbala every year to celebrate the killing of the Prophet Muhammad's grandson, Imam Hussein. Many of the worshippers beat their chests and lash themselves with chains in an expression of grief and regret for not being able to help the murdered grandson of the Prophet.

The processions usually occur under heightened security as in recent years they have been attacked by extremist militants from the Sunni movement.