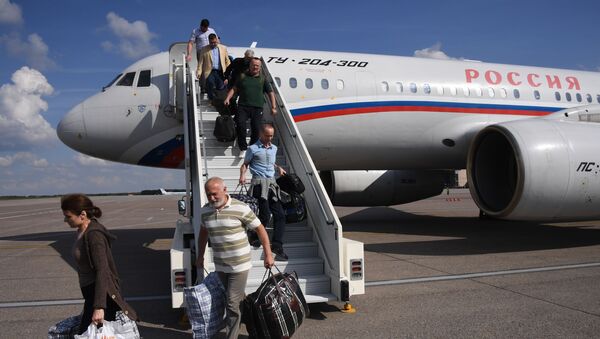 MOSCOW (Sputnik) - The Kremlin sees the exchange of detainees between Russia and Ukraine as a positive step and a reason for cautious optimism on improvement in the relationship, Russian presidential spokesman Dmitry Peskov said Monday.

"It was an exchange of detained persons. We see the exchange as a positive step and welcome it. Of course, it gives reason for cautious optimism regarding the further work on ways for normalization of relations between Russia and Ukraine, for one thing. And of course, most importantly, for conditions to implement Minsk agreements," Peskov told reporters.

The two countries have agreed to release 35 detained and convicted persons each.

Among the released people was RIA Novosti Ukraine editor-in-chief Kirill Vyshinsky, who was detained in Kiev on 15 May 2018, on suspicion of supporting the self-proclaimed republics in Ukraine's eastern Donbass region.