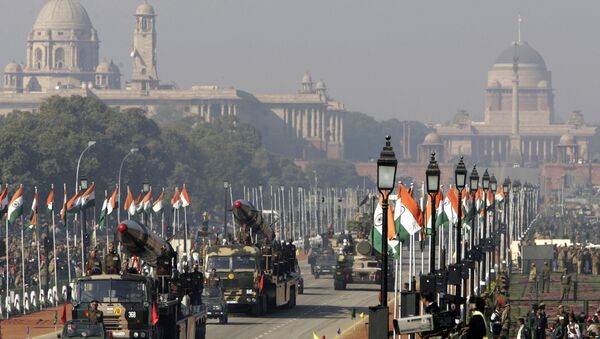 © AP Photo / Saurabh Das
Subscribe
International
India
Africa
New Delhi (Sputnik): In September 2018, the Supreme Court of India had ruled a 19th century law that treats a husband as “the owner of her (his wife’s) sexuality” as “unconstitutional”.

In the country's army, “stealing the affections of brother officer’s wife” is a serious offence, which can even be punishable by death if proven.

India’s top court is considering public interest litigation filed by a non-resident Indian, Joseph Shine, on the ground that Section 497 of the Indian Penal Code, as a “provision contained in the section is a kind of – romantic paternalism which stems from the assumption that women, like chattels, are property of men”.

A similar provision exists in Indian Air Force and Indian Navy and punishment for such offences lead to the accused officer’s dismissal from service.

“Scrapping of (Section) 497 therefore has thrown up a difficult situation,” said another senior military officer, who wished to remain anonymous. “Officers and men stay away from families for months and are looked after by others, there has to be some deterrence to deal with deviant behaviours,” he added.

Section 497, dealing with Adultery, reads “Whoever has sexual intercourse with a person who is and whom he knows or has reason to believe to be the wife of another man, without the consent or connivance of that man, such sexual intercourse not amounting to the offence of rape, is guilty of the offence of adultery and shall be punished with imprisonment of either description for a term which may extend to five years, or with fine, or with both.”

While scrapping the provision, the court ruled “The principle on which Section 497 rests is the preservation of the sexual exclusivity of a married woman – for the benefit of her husband, the owner of her sexuality. Significantly, the criminal provision exempts from sanction if the sexual act was with the consent and connivance of the husband. The patriarchal underpinnings of Section 497 render the provision manifestly arbitrary.”

The Indian Army, said another senior officer “…isn’t like any other service….some fundamental rights enshrined in the Constitution doesn’t apply to us, for instance, men in uniform can’t join a political party when in service, cannot form unions and there are curbs on freedom of speech. Similarly, the armed forces should be taken out of the purview of the judgement.”