ASAP Rocky's Swedish Lawyer Shot in the Head in Stockholm 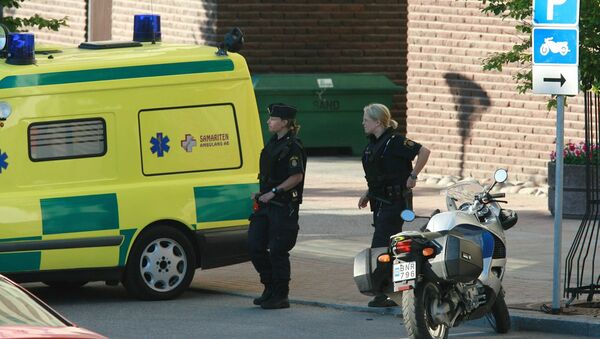 This summer, Henrik Olsson Lilja represented US rap star A$AP Rocky during his attention-grabbing trial over a street brawl with migrants in Stockholm. The lawyer's injuries are considered serious, but not life-threatening.

Renowned lawyer Henrik Olsson Lilja, who earlier this year made international headlines in connection with the A$AP Rocky trial in Sweden, has been shot in the chest and the head near his apartment at Kungsholmen in Stockholm in an ambush attack.

Henrik Olsson Lilja was leaving his apartment building in downtown Stockholm shortly before nine on Friday, when a gunman approached and shot him, later leaving at a high speed in a black SUV that had been waiting for him, the daily newspaper Expressen reported.

According to the company Olsson Lilja Advokater, the lawyer is in serious, but stable condition and is doing well, given the circumstances. His injuries are considered serious, but not life-threatening, according to Karolinska University Hospital.

“His ambition is to come back fully restored in the near future”, the company said in a Facebook post.

According to the police, the incident isn't believed to be related to Olsson Lilja's recent case where he represented the US rap celebrity. As the Swedish media pointed out, though, a woman, also a senior lawyer, who was previously banned from contacting Olsson Lilja, was arrested. The lawyer himself speculated that it was either the woman, who hired someone, or a client.

“This is a terrible and shocking event. Of course, I hope he will recover quickly. My thoughts go to him and his family now,” a close colleague of Olsson Lilja said.

US rap star A$AP Rocky (real name Rakim Mayers) and two men from his entourage were jailed following a street brawl with two men of migrant descent in Stockholm. Both sides' stories completely contradicted each other.

While Rocky claimed being stalked by “some drug addicts” and eventually provoked to engage in a street fight, the plaintiff, 19-year-old Afghan-born Mustafa Jafari argued that he was attacked and severely beaten up.

After several weeks in a Swedish jail and a high-profile trial that gathered international attention, the Swedish court found him guilty of assault and slapped him with a suspended sentence. The trial nearly sparking a row in the upper echelons of power, as Donald Trump personally engaged in the matter in order to get Rocky released,