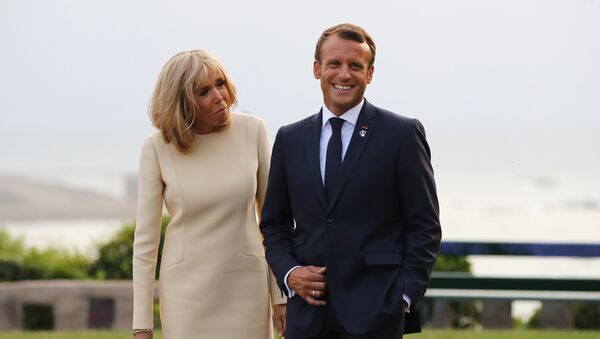 Egor Efimchik
All materials
Brazilian President Jair Bolsonaro and Economy Minister Guedes have both mocked the appearance of French First Lady Brigitte Macron, who is 25 years her husband’s senior. The spat unfolded amid a diplomatic clash over raging fires in the Amazon rainforest.

France’s top diplomat has condemned what he called “unworthy” comments by Brazilian officials about the wife of French President Emmanuel Macron.

“One does not manage international relations as an insults competition,” French Foreign Minister Jean-Yves le Drian said in an interview on Europe 1 radio on Sunday.

He added that he does not “confuse current [Brazilian] leaders and the reality of Brazil.”

In recent weeks, Brazil’s government has been embroiled in a row with France over personal and political matters.

In late August, Brazilian President Jair Bolsonaro appeared to endorse a Facebook post comparing the appearance of Brazil’s and France’s first ladies – not in Brigitte Macron’s favour – while his economy minister on Tuesday called her “ugly”.

Their comments sparked outrage in both countries, with French politicians rallying behind Mrs Macron and Brazilians issuing their apologies to the woman.

President Macron himself called Bolsonaro’s comments “extremely disrespectful”, and the flamboyant Brazilian leader deleted them but never apologised in public. Brazil's economy minister, Paulo Guedes, apologised this week for what he said was a “joke”.

This personal spat has become part of a broader clash over Amazon wildfires: prior to commenting on Brigitte Macron, Bolsonaro accused her husband of having a “colonialist mentality” after calling for emergency talks on Amazon wildfires at the G7 summit in Biarritz, where Brazil was not present. 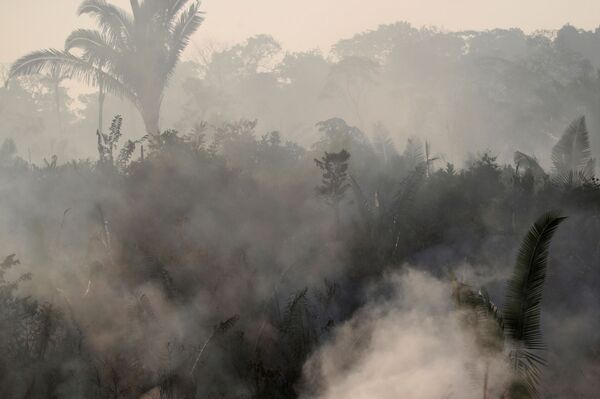 Smoke billows during a fire in an area of the Amazon rainforest near Humaita, Amazonas State, Brazil, Brazil August 14, 2019.
© REUTERS / Ueslei Marcelino

Bolsonaro then rejected a $22 million aid package announced by Macron at the G7 summit, saying he would accept the money only if Macron apologised for calling him a liar.

Ahead of the Biarritz meeting, at a time when the burning rainforest was causing global outcry, Macron accused Bolsonaro of “lying” about his commitment to contain deforestation in the Amazon, which is believed to be closely linked with the record-breaking levels of burning.

According to Brazil’s space research agency, there were more than 72,000 fire outbreaks as of 20 August – an 84 percent surge year-on-year. Environmental campaigners have blamed the increase in burning on farmers and loggers who set the fires illegally to clear and prepare land for crops.

Brazil’s president downplayed the severity of the blazes – said to be the worst in Brazil in years – but sent in troops to tackle the crisis and temporarily banned the setting of fires to clear land.