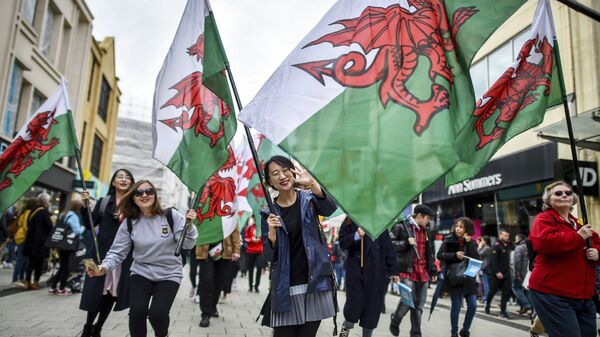 Jason Dunn
All materialsWrite to the author
The latest rally for Welsh independence was held in Merthyr Tydfil with thousands marching with banners and flags in support of a Wales free from the rule of Westminster.

Several thousand people demonstrated for Welsh Independence and in opposition to the Westminster government in the town of Merthyr Tydfil on Saturday.

The organisers of the event 'All Under One Banner (AUOB) Cymru' estimated that at least 5,300 people began the rally in the town's Penderyn Square.

[2/2] People gearing up for the march in Merthyr Tydfil pic.twitter.com/4OhtFsA29k

​​The demonstrators initially gathered outside the Redhouse, a building emblazoned with a plaque to Labour Party founder Keir Hardie.

The crowd appeared in good spirits amid shows of international solidarity with banners supporting Scottish independence and Palestine clearly visible. 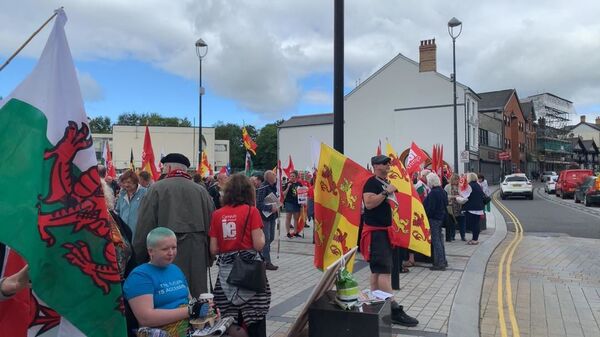 A previous march in Cardiff in May saw crowds of around 3,000 and a recent event in Caernarfon saw a turn out of 10,000 people, indicating a groundswell of support for Welsh independence.

Butler appeared on the balcony of Redhouse and declared "not a tip of a Dragon on the flag of their Union" referencing the lack of Welsh representation on the Union Jack flag.

​The march was attended by a variety of groups assembled under a single banner, which they hoped would send a direct message to Westminster. 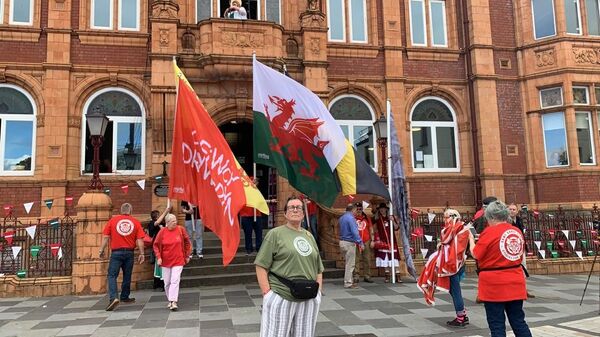 Sion Jobbins, the Chair of the YesCymru, an organisation which advocates Welsh independence said: "Maybe people about a year ago who hadn't thought about it now think Wales could do a better job than Westminster. That's what we call 'indycuriosity'."

When asked about the fact that Wales voted in favour of leaving the European Union, Jobbins said that much of the vote to leave the EU was in fact an oppositional vote to Westminster and many who voted to leave "don't want to be ruled by the EU but don't want to be controlled by Westminster either."

The march comes as nationalist sentiment in the UK appears to be rising.

Shouts of "What do we want? Independence!" and traditional Welsh folk songs could be heard as the protestors marched through the town. 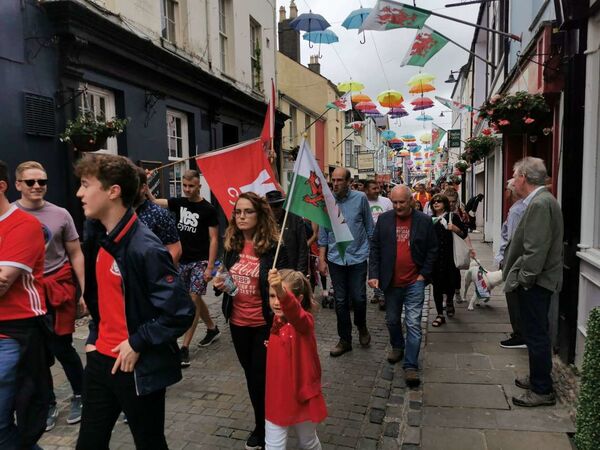 The protestors were happy to talk about their reasons for marching.

"I've always said one of the biggest drawbacks to us is that we would be leaving particularly the people in post-industrial communities of northern England in a very dangerous situation," said one protestor.

When asked if their opinion would change if a new government were elected in Westminster they told Sputnik "if that government was able to deliver better economic conditions for the people of Wales than independence could, then I would easily change my mind."

With the 31 October Brexit deadline still on the table and the current impasse in Westminster, many Welsh people see independence as a means to escape having perpetual Conservative governments imposed on them despite Wales consistently voting Labour.

While no pro-union counter protestors came out to oppose the march, Sputnik spoke to a representative of the Socialist Party who says it doesn't want independence, but autonomy for Wales within a united Britain. 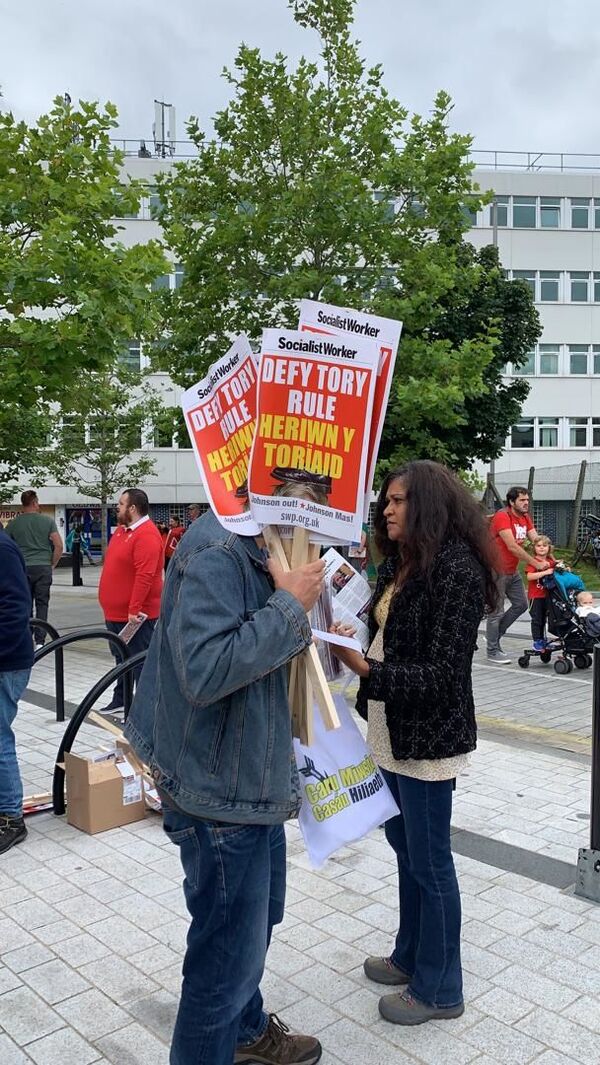 Following speeches from the balcony of the Redhouse, the end of the march saw a rare meeting of Labour Party members for Welsh Independence - with the UK Labour Party opposed to separatism in both Scotland and Wales.

The first speaker of the meeting, a self-described ‘indycurious’ proponent, addressed the meeting: “I think independence and devolution lie on a spectrum. I think Brexit throws up a lot of questions about where power and money will lie in the future British state and I would only support independence as a means to creating a socialist state”

Ben Gwalchmai, who is a brazen advocate of Welsh independence with Labour said: “We are able to define ourselves against a British state which is antithetical to socialism. There are so many structures within the British state which push hard against it and will continue.”

“We’ve seen just in the last 6 weeks the strangeness of the British constitution” he added.

​The march is part of an emerging nationalist feeling in the UK since the vote to leave the EU in 2016, which saw Scotland vote overwhelmingly to remain.

The ongoing crisis in Westminster -  where Prime Minister Boris Johnson leads a minority Conservative government and the opposition refuses to vote for an early general election - has seen a series of demonstrations in Scotland, Wales, and London over the weekend.