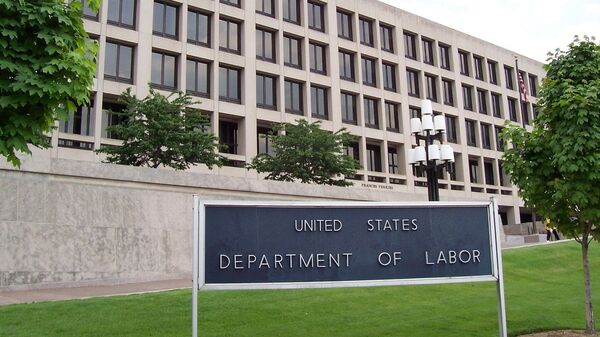 A jobs report from the US Bureau of Labor Statistics published Friday revealed that job growth slowed down in August: only 130,000 new jobs were added to the economy compared to 159,000 in July. The employment rate also remained at 3.7% in August, which is the lowest rate since December 1969.

However, Dr. Jack Rasmus, a professor of economics at Saint Mary's College of California and blogger at jackrasmus.com, told Radio Sputnik’s Loud & Clear that the true unemployment rate is actually between 10% and 12%.

“Several months ago, we had an even bigger job creation decline. What this shows now - you got another weakening, and in-between you had another boosting of jobs - is that jobs are a lagging indicator. In other words, it’s not the first thing that goes down when you have a recession; it’s usually lagged by six months sometimes. But what we’re seeing is evidence it’s lagging,” Rasmus told hosts John Kiriakou and Brian Becker.

“It doesn’t count the 60 million people who are part-time, temporary or who are discouraged, or who are part of what is called the ‘missing labor force,’ and it doesn’t answer the question [as to] why the labor force participation rate - in other words, those who have entered the economy - has collapsed by millions, maybe 5 or 6 million, since the 2008 recession. Where are those people going?” Rasmus explained.

According to Rasmus, the U-6 unemployment rate, which is a true reflection of employment, also includes the “missing labor force,” those who haven’t searched for a job in the past year. In addition, the U-6 rate includes those who are involuntarily part-time employed, meaning they would like to have a full-time job, but haven’t yet found one. The U-3 rate includes neither of those groups.

“You see, the problem with US unemployment rate is that it’s calculated by: ‘You’re out of work and looking for [a job] in the last four weeks.’ If you're not looking, if you’re discouraged, and if you haven't looked for a number of months, you’re not even calculated in the unemployment rate,” Rasmus explained.

“Most of the job creation has been service jobs that are part-time and temp,” Rasmus added, referring to “temp” or “temporary” jobs that last for a short period of time.

Rasmus explained that the government does a phone survey to obtain statistics for job reports. “The undocumented workers and the guys working in the underground economy, they’re not answering any phones,” he said. “In short, it's about 10-12% unemployment out there.”