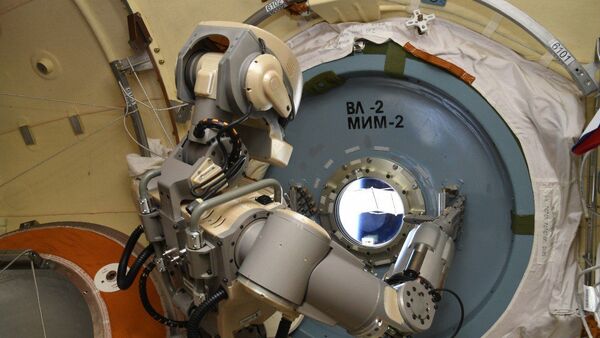 MOSCOW (Sputnik) - Fedor, Russia's first robot which flew to the International Space Station, returned to Earth on board the Soyuz MS-14 spacecraft, space agency Roscosmos said in the early hours of Saturday.

The spacecraft loaded with the Skybot F850, also known as Fedor was launched into space on August 22 and docked to the ISS five days later. On Friday, the vehicle undocked and was de-orbited.

The Soyuz MS-14 spacecraft with Fedor on board was launched on 22 August. Five days later, the spacecraft docked to the ISS after a second attempt.