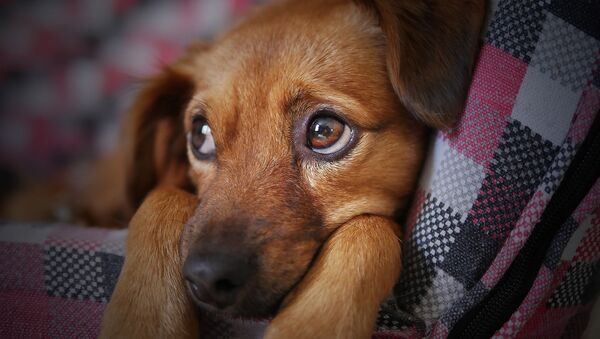 The enigmatic rapid-onslaught disease involves vomiting blood and bloody diarrhoea and is lethal, unless immediate measures are taken.

Dozens of dogs in the Oslo area have been hit by a sudden and often-fatal sickness, reportedly after a routine walk in a park. Officials are sounding the alarm, as dog owners have been urged to limit all contact, and all upcoming events involving dogs have been called off.

The warnings come after city vets registered dozens of dogs suddenly developing a spate of alarming symptoms such as throwing up blood and bloody diarrhoea. The sickness has been noted for its rapid development, and in some cases, the dogs died while their owners were taking them to the vet.

“There’s no systematic overview of the cases, but we think at least 20 dogs have died so far, and many more are sick,” veterinarian Sasja Rygg of the Anicura Norge chain of veterinary clinics told national broadcaster NRK.

By Thursday, the spread of the sickness put veterinarians across Oslo County under pressure, as cases of seriously ill dogs with the same symptoms were reported outside of the capital.

“This is incredibly frightening”, Peter Kvalsvik, whose dog Nomi started to vomit blood after a walk in one of Oslo's parks earlier this week. “Especially when we don’t know how she was infected and what the illness actually is.”

By his own admission, he rushed his pet to an emergency clinic, where she was treated intravenously with both painkillers and anti-nausea medication. Luckily for Kvalsvik, she recovered, but was left extremely weak and emaciated.

Norway’s animal- and food safety authority, Mattilsynet, is working closely Thursday with the state Veterinarian Institute, the Veterinarian College and other animal hospitals struggle to uncover the reason for the outbreak of chronic vomiting and diarrhoea. Officials suspect a virus or bacterial infection, but the exact trigger has not been established yet, as the test results are still being examined and interpreted.

Anne Margaret Grøndahl of Mattilsynet described the wave of sickness as “very serious,” adding that “lots of resources” are being used to establish the reason. The vets were also looking for any commonalities among the dogs, for example whether they’ve eaten the same brand of dog food that may have been contaminated.

The deadly dog disease has sent ripples in neighbouring Sweden, which shares a long border with Norway with intense traffic.

“Of course, there is a risk be that the infection comes to [border] Värmland County if someone goes to Norway and their dog becomes infected," Hans Rosengren, press informant at the Swedish Kennel Club, told national broadcaster SVT.

The Norwegian Kennel Club called off all events the coming weekend, while its Swedish counterpart decided on a temporary ban on Norwegian dogs in exhibitions and competitions in Sweden.