India Loses Communication With Its Moon Lander Vikram During Descent 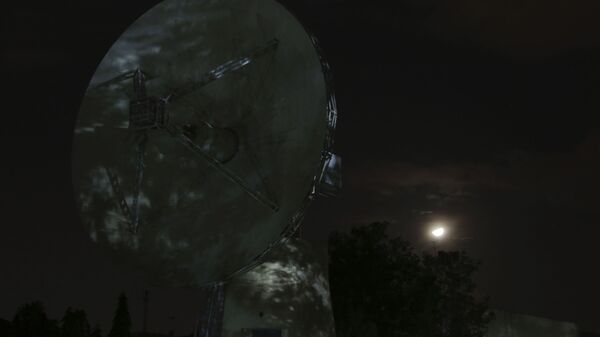 The historic Lunar mission Chandrayaan-2 was to make Indian the fourth nation to land on the moon, following Russia, the United States and China.

The signal from the Indian Vikram lander was lost on Thursday, Indian Space Research Organization reported. The landing craft performed as planned up to the altitude of 2.1 kilometres from the surface. "Data is being analysed," Chairman K Sivan told said at the agency's tracking centre in Bengaluru.

This is Mission Control Centre. #VikramLander descent was as planned and normal performance was observed up to an altitude of 2.1 km. Subsequently, communication from Lander to the ground stations was lost. Data is being analyzed.#ISRO

​Indian Prime Minister Narendra Modi, who was in Russia for the Eastern Economic Forum summit and the India-Russia Annual Summit, came to Bengaluru to witness the historic event from Indian Space Research Organization’s Telemetry, Tracking and Command Network.

After the incident, Modi took to Twitter to say that the scientists "given their best and have always made India proud". "We remain hopeful and will continue working hard on our space programme," he added.

India is proud of our scientists! They’ve given their best and have always made India proud. These are moments to be courageous, and courageous we will be!

Chairman @isro gave updates on Chandrayaan-2. We remain hopeful and will continue working hard on our space programme.

​Chandrayaan-2, with all its domestically-made payloads, began its voyage on 22 July from ISRO’s spaceport on the eastern sea coast of Sriharikota in Andhra Pradesh. After an initial hiccup, it crossed all hurdles seamlessly, though ISRO Chairman Dr. K. Sivan had described the descent would give them “15 terrifying moments”.

On Monday, the Indian Space Research Organisation carried out an operation of delinking the lander and the Orbiter. The lander was put on a separate orbit identical to the Orbiter passing over the lunar poles at a distance of roughly 100 kilometres from its surface.

The lander began its descent from 0100 - 0200 hrs IST and had to land in several minutes, however, some thirty minutes after the ISRO reported it lost the contact with the lander.