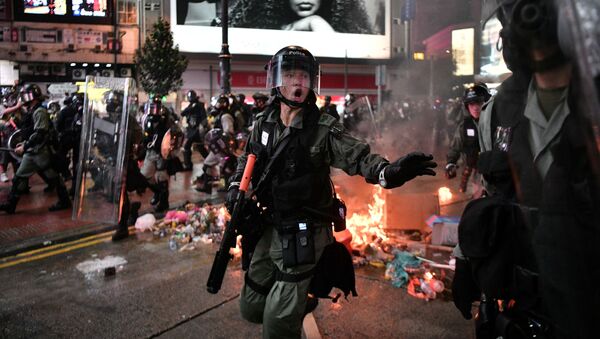 During her visit to the Guangxi region in southern China, the Hong Kong leader expressed to journalists her disagreement with the decision, while also maintaining that the protests did not undermine China’s so-called one country, two systems principle, the RTHK broadcasting service reported.

Earlier in the day, the rating agency downgraded Hong Kong’s creditworthiness for the first time since 1995 due to the ongoing protests in the autonomous city that show no signs of abating.

The mass protests in Hong Kong started in early June as a reaction to proposed amendments to the city's extradition laws but over the months have grown into a full-blown opposition movement that demands not only the withdrawal of the controversial initiative, but also Lam’s resignation, the retraction of the government’s classification of the violent clashes as riots, an independent inquiry into police violence and the release of everyone arrested in the conflict.

Earlier in the week, the Hong Kong leader announced a decision to formally withdraw the controversial extradition bill.