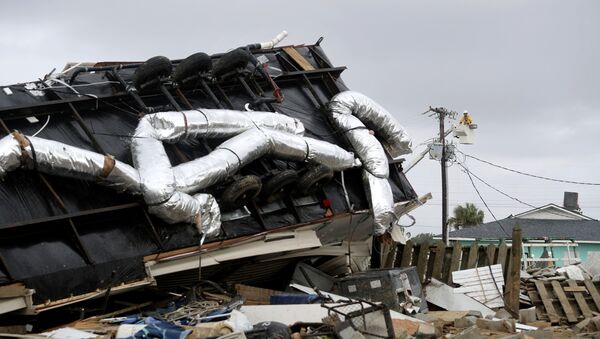 Hurricane Dorian, currently a Category 2 hurricane, is causing storm surge flooding, high winds and rainfall flooding in the Carolinas Thursday, and is expected to head to southeast Virginia and southeast Massachusetts on Friday and Saturday.

​“It is serious, and it can be deadly,” North Carolina Gov. Roy Cooper warned at a news conference Thursday morning, NPR reported. “The message this morning is this: Get to safety and stay there. Don’t let your guard down. This won’t be a brush-by. Whether it comes ashore or not, the eye of the storm will be close enough to cause extensive damage in North Carolina.”

​Footage shared on social media shows a waterspout - a funnel-shaped vortex similar to a tornado that forms over a body of water - in Emerald, Isle, North Carolina, causing destruction to homes. Rainfall flooding also led to the closure of more than 50 streets in Charlestown, South Carolina, according to Weather.com.

​According to the National Weather Service (NWS), residents should beware of flash floods along the coasts of the Carolinas, which could receive between 6 and 12 inches of rain.

“The greatest potential for significant flash flooding will be found across coastal SC and southeastern NC where the combination of intense rain rates and duration overlap,” the NWS warned Thursday.