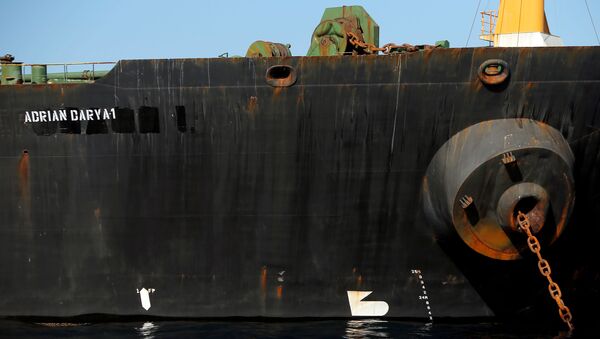 Tim Korso
All materialsWrite to the author
The US recently imposed a new set of sanctions, slapping them on several ships, shipping companies, and individuals connected with them for allegedly being involved in exporting oil in circumvention of the American "maximum pressure" regime.

A US State Department spokesperson has in an interview with the Washington Free Beacon media outlet confirmed reports claiming that Washington has been offering the captains of Iranian transport vessels to surrender their ships in exchange for hard cash. The offers were made under a 1984 programme called "Rewards for Justice", aimed at disrupting Tehran's crude exports, the department said.

"The Iranian Revolutionary Guards Corps' Quds Force is directing near monthly shipments of Iranian petroleum products, each worth tens of millions of dollars, to Syria and elsewhere to fund terrorist and militant activity across the Middle East", the State Department spokesperson claimed.

The Financial Times reported on 4 September, citing outtakes from one such offer, that US Special Representative for Iran Brian Hook wrote that he had "good news" for the captain of the Grace 1 tanker, now known as the Adrian Darya. The "good" news for him was that he had a limited set of options: either to deliver his ship to "a country that would impound the vessel on behalf of the US" and get rewarded in cash, or face sanctions.

Iranian Foreign Minister Javad Zarif commented on the report, calling Washington's actions "outright blackmail" and a new attempt, following their failed shot at "piracy", to stop Tehran's exports, referring to the earlier unsuccessful attempt at seizing the Grace 1 oil tanker. Zarif also marked his tweet with the hashtag #BTeamGangsters, referring to an alleged group of "hawks" in the White House supposedly led by National Security Adviser John Bolton, a long-time and staunch critic of the Islamic Republic.

The Grace 1 tanker was arrested by Gibraltar authorities on 4 July following a tip from the US that it was allegedly transporting crude to Syria in violation of EU sanctions. The vessel was later released in August, despite Washington's attempts to prevent this, and changed its name to the Adrian Darya 1.

The US then issued an international arrest warrant on the ship and its cargo, threatening to slap sanctions on any entity assisting the Adrian Darya 1. Conflicting reports have suggested multiple possible destinations for the ship, with Washington continuing to insist that it was heading to Syria. The ship went off radar on 2 September in waters between the Cypriot and Syrian coasts, and hasn't appeared since. 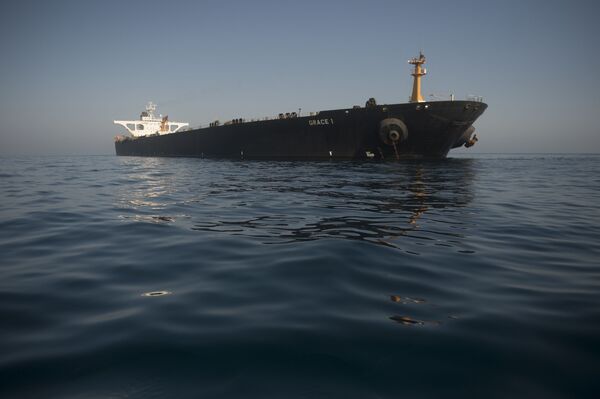 The attempts at seizing the ship or bribing its captain are part of the wider "maximum pressure" campaign launched by the US to stop Iran from profiting from its oil trade after Washington imposed sanctions on it last year. The US Treasury introduced a new batch of measures against Iranian shipping companies, vessels, and individuals on 4 September, claiming that they were aiding Tehran's crude exports.

000000
Popular comments
Lol, they tried the same thing in Venezuela with the military and only a few took the bribe. The US playbook not working yet they do it again and again. That's insanity doing the same over and over with the same results.
Foxylady
5 September 2019, 19:02 GMT7
000000
Foxylady, Poor Murikan decision-makers.. instructions from maybe 5 directions; hooked on uppers, downers and sleepers, plus 5 more meds. and hung over.. running around like chickens with severed heads. Pity them for they know not reality anymore.