Cristiano Ronaldo Leaves Netizens in Stitches as He is Caught Sniffing Hair... Again 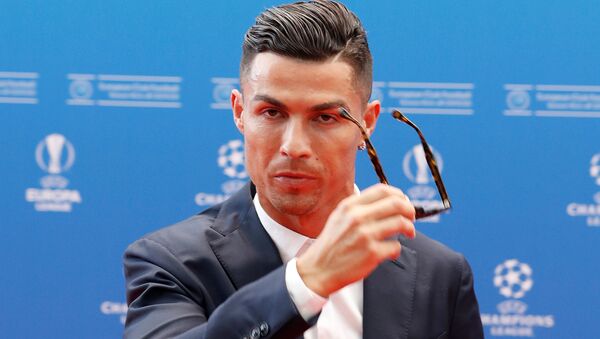 Juventus star Cristiano Ronaldo appears to have quite an unexpected soft spot: that is for former Bayern Munich midfielder Renato Sanches’ hair.

A whole bunch of videos and snapshots have emerged online of Ronaldo violating Sanches’ personal space for the sole purpose of – however bizarre it may sound – sniffing his trademark dreadlocks, as the two trained together with the Portuguese national squad.

Ronaldo held Sanches' locks for a moment or two, giving them a whiff, however the footballer was seemingly undisturbed by the Juve ace’s antic.

It appears not to be the first time that Ronaldo, the team Portugal captain, has been caught surrendering to the temptation to dive into the 22-year-old midfielder’s neatly braided locks nose-first: this also happened back in 2016, TalkSport remarked.

Fans couldn’t help laughing in response, suggesting, tongue-in-cheek, that it could be Sanches’ new shampoo that produced such an effect, or perhaps there could have been some sort of internal exchange about which solution to buy for perfect volume. Others just gave it all a good hearty laugh:

The fact that he’s laughing afterwards tells you it’s some sort of banter!! Not my sort 👀😂

“Wttf was Ronaldo thinking?" one wondered, while a second exclaimed there was “nothing weird” in the inquisitive gesture.

There were those who brought up the “goat” rhetoric to explain CR7’s sniffing:

GOAT does what he wants 🤷🏼‍♂️

Ronaldo what u doin dawg pic.twitter.com/di9emqE2av

Sanches, who moved to Ligue 1’s team Lille this summer, will join efforts with his award-winning countryman as Portugal takes on Serbia and Lithuania in Euro qualifying matches during the international break.