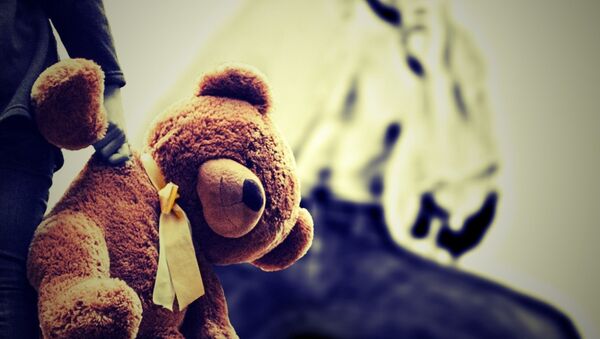 © Photo : Pixabay
Subscribe
32 children, some of them pre-schoolers, had been sexually abused in the western German state of North Rhine-Westphalia by a 56-year-old and his 34-year-old accomplice by the time they were arrested earlier this year. However, there could have been more victims, the reports suggest.

A district court in the western German city of Detmold has sent 56-year-old Andreas V. to prison for 13 years for systematically abusing children for more than a decade. His accomplice, 34-year-old Mario S., who also molested minors, was sentenced to 12 years in jail. The two will stay in prison after serving their terms, something which is not legally classified as punishment, but rather designed to protect the general public from criminals who tend to commit dangerous offences.

"It is still difficult to describe what happened with words", court chair Anke Grudda said, noting that words like "abominable, monstrous, disgusting" were not enough, also noting that there could be more victims, Frankfurter Allgemeine Zeitung reports.

According to the outlet, the chamber did not get the impression that the two had even begun to understand their guilt.

They were arrested this January over suspicions that they had assaulted 23 children, aged between four and 13 years old, from North Rhine-Westphalia and Lower Saxony. However, as was later revealed, the number of victims was even higher, as 32 children, some of them younger than six years old, were abused. Most of their gruesome activities took place at a campsite near the border with Lower Saxony, where Andreas V. had an accommodation. The older paedophile was found guilty of raping children 200 times, while his younger accomplice had assaulted children almost 50 times. The 56-year-old’s foster daughter, also a victim, was used to lure other children. A psychiatrist described him as a manipulative, narcissistic and anti-social individual, with a deep-rooted affinity for child abuse.

The trial began in late June, with Andreas V. subsequently being charged with 290 episodes of abuse and Mario S. with 160 cases for crimes dating back to 1999. Both men filmed what they did to the children and, following the arrest, the police seized thousands of video files showing sexual violence against minors.

They reportedly had a third accomplice, a 49-year-old man from Lower Saxony, who had repeatedly participated in webcam broadcasts showing children being raped. He was sentenced to two-year probation on 17 July. The prosecution, which demanded a prison sentence, has appealed the verdict.

The case, which has shocked Germany, also brought criticism against the police and youth welfare offices, who allegedly failed to follow the evidence against the main suspect. Additionally, as FAZ reports, some evidence reportedly disappeared. The state parliament in North Rhine-Westphalia has set up an parliamentary investigative committee.