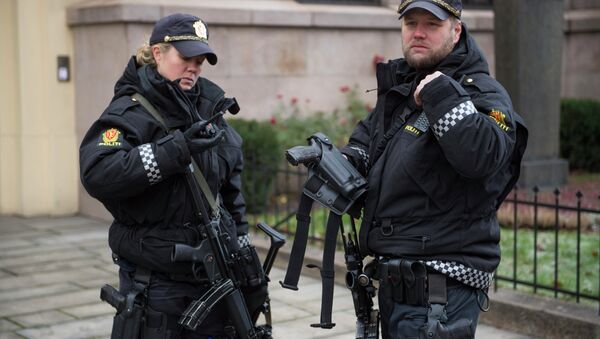 © AFP 2021 / ODD ANDERSEN
Subscribe
According to right-wing Progress Party, this indicates that integration doesn't occur automatically, and that Norway must “make more demands” to solve this problem.

A recent study by Statistics Norway ordered by the right-wing Progress Party has shown that children of immigrants commit more crimes than first-generation immigrants.

“There are significantly higher rates among immigrants for certain types of offences, such as mistreatment in close relationships. And significantly lower for other types, such as embezzlement”, Sigmund Book Mohn of Statistics Norway told the newspaper Aftenposten.

From 2015-2017, a total 443 people were charged with “mistreatment in close relationships”, including domestic violence. Some 185 of the 443 were immigrants, which signals a drastic over-representation.

“We have to stop hushing it down”, Progress Party deputy leader and former Integration Minister Sylvi Listhaug said.

According to her and Progress Party integration spokesman Jon Helgheim, this means that “integration doesn't happen automatically over time”.

“It is not so that showering them with money and services, which Norway has been good at, solves the problem. We must make more demands and check better whether the integration measures have any effect”, they said.

A previous report by Statistics Norway in 2017 highlighted an over-representation of migrants from certain countries and areas in crime statistics, with migrants from Kosovo, Somalia, Iraq, and Iran particularly sticking out in crime per capita in the period from 2010-2013. The report also found that second-generation migrants are generally more crime-prone than their parents, with the exception of refugees' children.

As mass immigration to Norway has gained momentum in recent decades, the share of the population with an immigrant background has risen rapidly. At present, about 17 percent of Norwegians have roots abroad.