© Sputnik / Maksim Blinov
/
Go to the photo bank
Subscribe
VLADIVOSTOK (Sputnik) - There is no sufficient evidence to blame Russia for the 2014 MH17 Malaysian Airlines crash over eastern Ukraine since some of the findings of the Dutch-led Joint Investigation Team (JIT) do not seem "quite right", Malaysian Prime Minister Mahathir Mohamad told Sputnik in an interview on the sidelines of the Eastern Economic Forum (EEF).

"Yes, that [Russia's guilt] is our doubt. But I do not have any relatives that were killed there. I do not have any rights to any insurance claims. I am seeing this as an observer from the outside, and some of the findings made [by JIT] did not sound to me and many people in Malaysia as being quite right", Mohamad said.

The minister also noted that present evidence was "insufficient" to identify the responsible party, stressing that it was "very difficult" for him to accept that JIT could really identify who had fired the missile, downing the aircraft.

"I am not doubting their truthfulness. But there are certain things that they claim — it is difficult for us to accept... Identifying the missile – yes. The area where it happened – that can be verified. But identifying the actual firing, by whom [it was performed], that would be very difficult in the usual circumstances", he stressed.

Russia's far eastern city of Vladivostok is hosting the fifth EEF from 4-6 September. The Rossiya Segodnya International Information Agency is an official media partner of the event.

All 298 passengers on the aircraft, including 193 Dutch citizens, died in the crash.

Investigation of the MH17 Incident 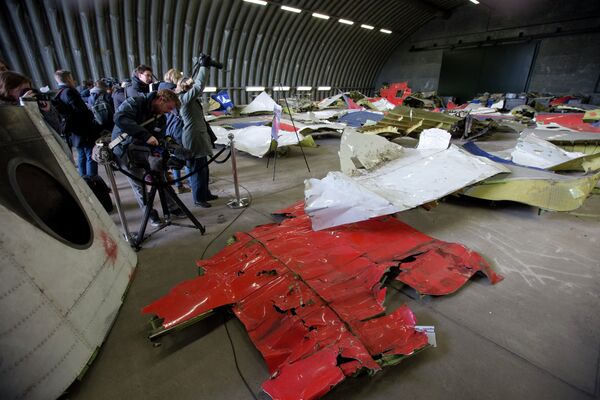 In 2018, JIT claimed that the plane was shot down by a Buk missile system, which allegedly came from the 53rd Anti-Aircraft Missile Brigade of the Russian military, citing "classified information" provided by the Dutch and US authorities that could not be revealed.

It was also noted that the team used images from social networks to prove the claims.

Addressing the allegations, Moscow conducted its own investigation showing that the Buk missile which hit the flight was made at the Dolgoprudny Plant in the Moscow Region in 1986, delivered to a military unit in Ukraine and remained there after the collapse of the Soviet Union in 1991. However, the evidence was completely ignored by the Dutch-led investigation.