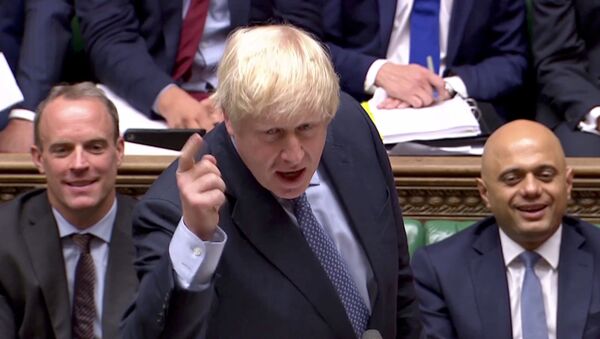 On Wednesday night, the House of Commons rejected Boris Johnson’s snap election proposal, giving the green light to a so-called Benn Bill that stipulates Britain will exit the EU as planned on 31 October only provided there is a comprehensive deal with Brussels.

While taking the floor in Wakefield adressing the nation on Thursday, UK Prime Minister has pointed out that there is no way Brexit could be delayed:

"I'd rather be dead in a ditch," he inserted a strong-worded comment, referring to his earlier promise to deliver Brexit, "with or without deal" within the set time framework - by 31 October - "or die".

With the Brexit deal limbo persisting, the Commons yesterday vetoed Boris Johnson's formal move to call an early general election in the country, which could potentially see him re-elected, but with a new government. The snap election fears mounted after a recent parliamentary dispute, when MPs en masse demanded that they take over control of the Brexit negotiations away from the executive body.

Despite Johnson’s objection, Parliament passed legislation on Wednesday night that would oblige the British premier to ask the EU to extend UK membership in the bloc if there is no progress on a Brexit agreement by 19 October. Johnson later referred to the move as a “betrayal of voters,” vehemently denying the prospect.

However, a number of Tories also supported the legislation, despite Johnson’s warning that he would counter whatever defeat by setting up an early vote, which didn't however garner a parliamentary majority.

Separately, 21 Remainer and Mild Brexit Conservative party rebels were removed from their posts in a bid to purge the governing Tories of key Brexit opponents, when they first voiced their support for the bill before the official vote.

Boris Johnson explained his willingness to embrace a no-deal Brexit saying it will enable the UK to exert pressure on the EU to later satisfy the conditions that the UK would find satisfactory.