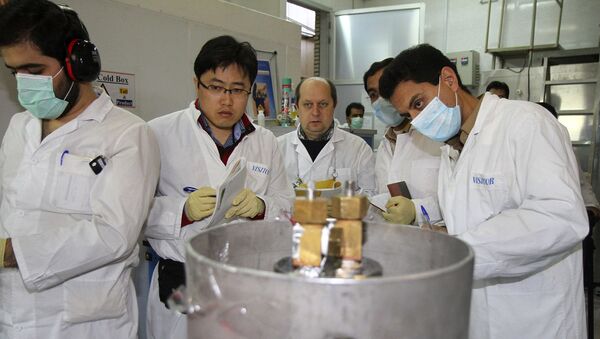 On 2 September, Yahoo News broke a story about a Dutch mole who planted Stuxnet, a malicious computer worm that damaged around 2,000 centrifuges and undermined the efficiency of the enrichment process at Iran's secretive nuclear plant near the village of Natanz in 2007.

Citing intelligence sources, a Yahoo News report has shed light on the still unacknowledged "Olympic Games Operation" carried out by Israeli and American secret services along with the Netherlands, Germany and, presumably, France and the UK. The purported joint intelligence operation was aimed at thwarting the Islamic Republic's nuclear programme.

While Berlin allegedly contributed technical specifications about the Siemens control systems at the plant, the Dutch intelligence agency, AIVD, reportedly delivered key intelligence about Iran's activities to purchase equipment for the atomic plant in Europe and placed its mole, an Iranian engineer posing as a mechanic, inside Natanz. The plant's control systems were infected with a malicious code through a USB drive.

The installed malware sabotaged the work of the Iranian centrifuges between 2007 and 2008, while in 2009 and 2010 Western intelligence agencies launched a new version of the virus that was eventually discovered by Iranian specialists. On 29 November 2010, then Iranian President Mahmoud Ahmadinejad officially announced that computer malware had caused problems at the country's Natanz nuclear plant.

According to the media outlet, the CIA and Mossad did not respond to its inquiries about the secret operation while the Dutch agency AIVD declined to comment.

'Unseen Cyber War Has Been Waged for Years'

Jan Van Benthem, a foreign affairs commentator at Nederlands Dagblad, explains that there were several reasons behind the Netherlands' alleged involvement.

"The ultracentrifuge technique Iran used in the reactor in Bushehr was stolen by the Pakistani nuclear scientist Abdul Qadir Khan from the uranium enrichment plant Urenco, in the Netherlands", the journalist recalls. "The technique was not intended for dual-use but had the potential to enrich uranium to weapons grade levels. Khan became known as 'the father of the Pakistani nuclear bomb'. Later, the technique was sold to and used by other countries, such as North Korea, Iran and Libya".

Apart from this, Dutch intelligence agencies "are well established within the western intelligence community", Van Benthem highlights referring to "Nine Eyes", a group of nations that share intelligence. The group includes Australia, Canada, New Zealand, the UK, the US – also known as "Five Eyes" – plus Denmark, France, the Netherlands, and Norway.

"Together with Iranian contacts, this made the Dutch involvement feasible", he remarks.

According to the journalist, "Tehran won't like" the report: "What happened in Bushehr so many years ago, is part of the unseen war which has been waged for years now", he highlights.

The purported covert cyber war continues unabated, as The New York Times revealed in late August 2019. According to the media outlet, US Cyber Command attacked an Iranian shipping management database on 20 June, following attacks on two oil tankers in the Gulf of Oman hastily blamed on the Islamic Republic by Washington, something that Tehran vehemently denied. 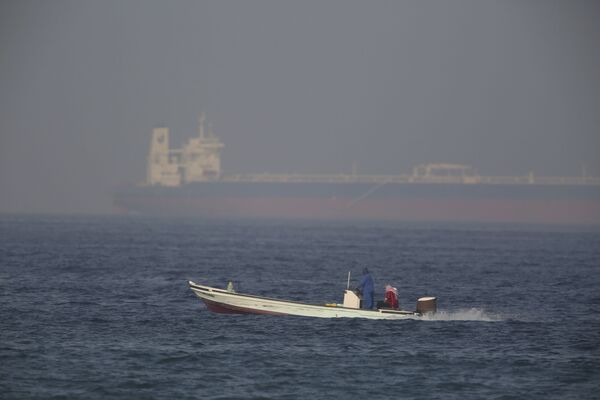 The Kokuka Courageous, one of two oil tankers targeted in an apparent attack in the Gulf of Oman
© AP Photo / Jon Gambrell

'Negotiations With Iran Should Continue'

According to Mark Rossini, a former FBI special agent, the Yahoo News disclosure is "an effort to set the story straight regarding the intentions of Iran to obtain nuclear weapons capabilities" amid the increase in tensions between Washington and Tehran.

The former special agent emphasises the report highlights that Washington's European allies have reportedly been involved in the US efforts to derail the Iranian enrichment process from the very beginning.

"European nations were and needed to be involved since they had/have diplomatic and commercial relations with Iran", Rossini explains. "They are our allies and like us, have a moral and ethical obligation to ensure the safety and security of Israel".

The US and its European allies remain at odds following Donald Trump's unilateral withdrawal from the 2015 Joint Comprehensive Plan of Action (JCPOA), commonly known as the Iran nuclear deal, in May 2018. The US applied economic, trade, and military sanctions against the Islamic Republic specifically targeting the country's oil industry.

​In contrast to Washington, the other signatories to the nuclear deal, including the EU, China, France, Russia, the UK, and Germany, have repeatedly pledged commitment to the provisions of the accords.

French President Emmanuel Macron has recently spearheaded an effort to provide Tehran with economic relief from US sanctions. The plan, reportedly discussed by Macron and his American counterpart Donald Trump on the sidelines of the G7 summit, envisages allowing Iran to sell about 700,000 barrels of oil a day and providing the country with a $15 billion loan in exchange for Tehran's coming back to full compliance with the deal.

The Yahoo News report cast a shadow on EU member states actions, raising the question as to how Iran will respond to their involvement in the US-Israeli operation.

"The Iranian Government already knew everything in the article", Rossini presumes. "So, nothing new to them. Of course the article can now be used to have public conversations about 'Western aggression' against Iran, but that is mostly for the Iranian audiences. Negotiations should and will continue".

'The Report is a Warning Shot'

Anthony Tucker-Jones, a former intelligence analyst with nearly 20 years’ experience in the British Intelligence community, believes that "in a way this report is a warning shot: it reminds Iran what western intelligence agencies are jointly capable of".

Following Washington's withdrawal from the Iran nuclear deal, Tehran has started scaling back its compliance with the accords. Having ruled out bilateral talks with the US, the Islamic Republic warned the EU that it would further cut its commitment under the 2015 JCPOA unless the bloc saves the Macron-proposed pact by 5 September, according to Reuters.

"Trump’s unilateral stance has derailed the six powers agreement, by trying to extend the US-European restrictions on Iran’s nuclear ambitions to include other military programmes", says Anthony Tucker-Jones. "Iran is refusing bilateral talks with the US, but by threatening Europe, Iran is inevitably pushing the two closer together again".

According to the former intelligence analyst, "Europe remains concerned at the prospect of Iran developing nuclear weapons, which will inevitably upset the balance of power in the Middle East and escalate tensions with Israel".

Tucker-Jones suggests that "for all concerned the cyber-attack was a much better option than air strikes": "The conventional military option always puts shipping in the [Persian] Gulf at risk of retaliation and risks a wider war", he says.

Following the May and June 2019 incidents in the Gulf of Oman, Washington came up with a plan of forming a multinational coalition to ensure the security of navigation throughout the Persian Gulf, the Strait of Hormuz, the Bab el-Mandeb strait, and the Gulf of Oman. The initiative, dubbed “Sentinel”, envisages that ships traversing the Strait of Hormuz will be provided with cameras and other equipment while some will be escorted by other vessels. The suggested maritime operation follows a series of steps by the US aimed at beefing up its military presence in the region since the spring of 2019.