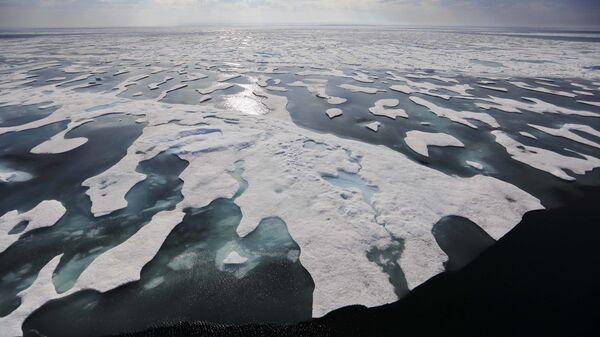 WASHINGTON (Sputnik) - Iceland’s presence in the Arctic and the nation’s NATO membership helps protect the interests of the United States and 28 other members of the military alliance, US Vice President Mike Pence said during a visit to the island nation.

"Nations like Russia and China are increasingly active across the Arctic Region and our alliance through NATO, our cooperation with Iceland to look after the interest of our nations in this region is absolutely essential", Pence said during a welcoming ceremony with President Guoni Thorlacius Johannesson. "We’re grateful for the security cooperation and the presence of US forces in and out of Iceland".

Iceland is a founding member of NATO. While the nation has no armed forces, Iceland contributes civilian personnel and funding to the military alliance.

Iceland operates a NATO air defence and surveillance system consisting of four radar sites and a central air command and control system, supporting the alliance’s surveillance missions in the region.

Earlier on 4 September, Russia's Environment Ministry head Dmitry Kobylkin is currently in negotiations with energy giants Gazprom and Rosneft to boost projects to explore oil and gas deposits in the Arctic.  In addition, Foreign Ministry spokeswoman Maria Zakharova that Russia is interested in deepening cooperation with other countries to develop the Northern Sea Route.

China considers itself a near-Arctic nation, with plans to conduct research, excavate resources and develop a network of shipping routes throughout the region.

Russia has recently been stepping up the military, trade and exploration activities in the Arctic, building transport and energy infrastructure and developing the Northern Sea Route as part of Arctic’s Northern Passage that links Europe and Asia.

Russian Foreign Minister Sergei Lavrov has said Moscow's actions in the Arctic do not threaten anyone, noting that Russia only acts to ensure sufficient capabilities for defence.