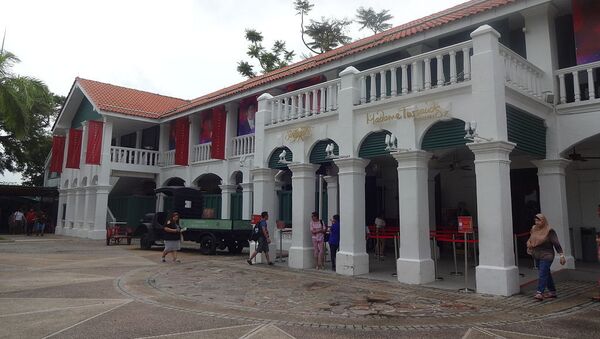 New Delhi (Sputnik): Sridevi, the inimitable actor from southern India, who reigned the silver screen in several languages for almost 40 years will be immortalised at Madame Tussauds Wax Museum in Singapore on Wednesday.

Sridevi, born Shree Amma Yanger Ayyappan, made her film debut as a child artist in 1967 in a Tamil film. Her first notable appearance in Bollywood or Hindi films was in Julie in 1975, later adding several super hits to Indian cinema, until her sudden death on 24 February 2018 in Dubai.

As a tribute to the acting legend, we will be collecting messages from all of you to be displayed on the tribute wall during the launch!
Leave your tribute messages on our Facebook page!#MadameTussaudSG #MTSG #MTSGSridevi #Sridevi #MrIndia #SriDeviLivesForever pic.twitter.com/dpBqrOfDux

​In an emotional tweet, her husband Boney Kapoor said, “Sridevi lives forever in not just our hearts but also in the hearts of millions of her fans. Eagerly waiting to watch the unveiling of her figure at Madame Tussauds, Singapore on September 4, 2019".

Sridevi lives forever in not just our hearts but also in the hearts of millions of her fans. Eagerly waiting to watch the unveiling of her figure at Madam Tussauds, Singapore on September 4, 2019. #SrideviLivesForever pic.twitter.com/AxxHUgYnzt

​A team of over 20 activists and costumiers worked on the figure of the iconic actor to be modelled after her role in the Hindi film “Mr India” for the song “Hawa Hawai” – a scintillating song still popular across India.

The actor’s wax statue described by Madame Tussauds as “Sridevi's first and only unique wax figure", will be placed inside the Mr India set within the Ultimate Film Star Experience zone.

After several hit films in Hindi, she took a sabbatical in 2005 to return to acting again in 2012 with her successful appearance in a comedy-drama English Vinglish. Sridevi’s 300th film was her last one – Mom, which earned her critical acclaim and the National Best Actor Award posthumously.