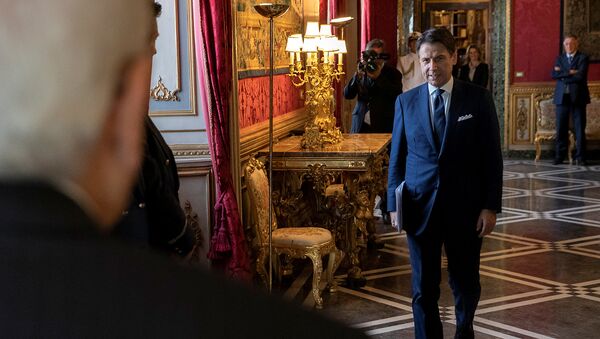 Tim Korso
All materialsWrite to the author
Conte's candidacy as head of a new government was previously backed by the Five Star Movement, which participated in the previous government, as well as greenlit by the country's President Sergio Mattarella.

Italian Prime Minister Giuseppe Conte has formed a new government with the Five Star Movement (M5S) and centre-left Democratic Party, which was previously in opposition, the office of the country's president stated on 4 September. The newly-formed government will be sworn in at 8:00 UTC on 5 September.

Conte pledged to "make Italy better in the interest of all Italians" by the efforts of the new coalition with the Democrats. The most pressing challenge that the new Cabinet faces is the need to adopt a new budget for the country, while avoiding a violation of EU-imposed rules and tax rises that could hit the low-income part of the population hard.

Luigi Di Maio, who previously held the office of Minister of Economic Development, Labour and Social Policies, will now lead the country's Foreign Ministry. Roberto Gualtieri, a member of the EU Parliament for the Italian Democratic Party, will assume the post of finance minister in the new government.

Luciana Lamorgese, former security chief of Milan, will take over the post of interior minister, which was previously held by Matteo Salvini, while the deputy head of the Democratic Party, Lorenzo Guerini, will assume the role of defence minister. The position of the health minister will be filled by a member of the left-wing Free and Equal (LEU) party, Roberto Speranza. 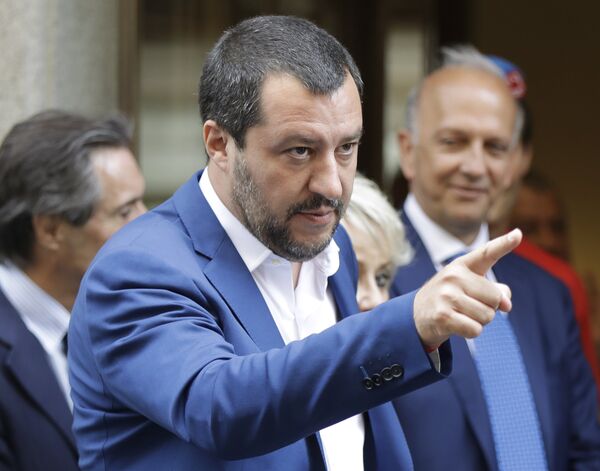 Italian Interior Minister and right-wing League leader Matteo Salvini, gestures as he arrives for a lunch at an hotel in Milan, Italy, Monday, July 2, 2018. The leader of the right-wing party in Italy's populist government told tens of thousands of supporters Sunday he wants to turn next year's European Parliament election into a referendum on immigration and job security
© AP Photo / Luca Bruno

The previous government collapsed after the Five Star Movement’s coalition partner, the right-wing League party led by now former Interior Minister Matteo Salvini, pulled out, citing its inability to continue to cooperate with M5S and calling for snap elections. The latter, however, failed to materialise, as Conte has managed to form a new government with their one-time rivals, the Democratic Party.

The alliance, previously deemed by some as unlikely, became possible after President Sergio Mattarella initiated consultations between the major parliamentary parties, eventually finding an option for a new majority and tasking resigned Prime Minister Giuseppe Conte to form a new cabinet.